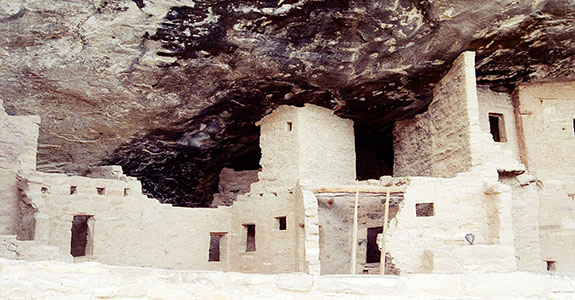 Mesa Verde National Park, (Mesa Verde being Spanish for green table), offers a spectacular look into the lives of the Ancestral Pueblo people, the Anasazi, who made it their home for over 700 years, from A.D. 600 to 1300. Today, the park protects nearly 5,000 known archeological sites, including 600 cliff dwellings. These sites are some of the most notable and best preserved in the United States. Be prepared to hike and walk down to some of the sites. After hiking up a winding path uphill to the visitor center to get the map, we hiked back downhill to some of the sites which are a little spread out.  Because we had smaller kids in tow, we picked only one to explore, The Spruce Tree House.  Make sure everyone has used the facilities before you set out. I missed half the tour because the little boy in the photo had to “go” halfway down the trail, and I had to turn back. The cliff dwellings are just incredible and it's hard to imagine how on earth they were built.  We talked about what life would have been like to live there and how different and in some ways how similar this place is to the homes we live in .  Shari and the other kids got to climb down into one of the interior rooms and  use stones to grind corn the way the ancient people would have.  It was an interesting look into a life that no longer exits. 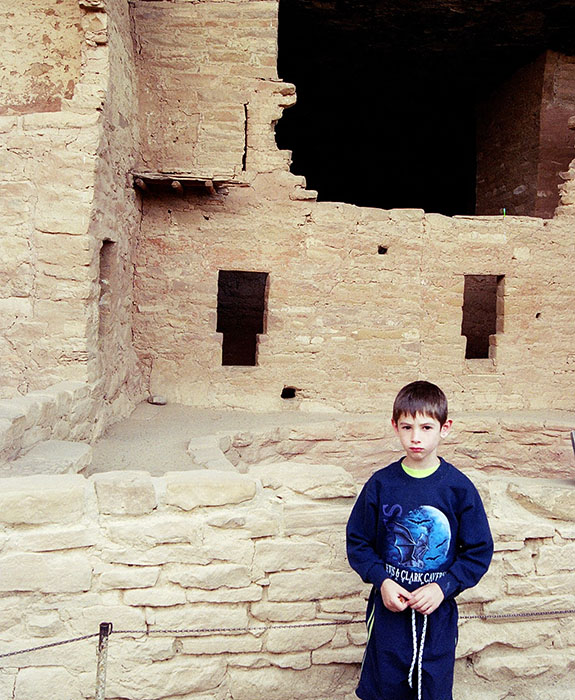