The Museum of Idaho is another wonderful museum that tells the story of the native peoples of the region and Lewis and Clark. This was a great last minute activity that we happened upon by chance and we're really glad we did.  There are beautiful displays that highlight the life and culture of the Native Americans, particularly the tribes that Lewis and Clark happened upon in their travels in the region.  There are also terrific displays about Lewis and Clark, their early life and what we know about their travels and exploration of the region helped along the way by their Native American guide Sacagawea.  The museum provides a scavenger hunt, and everyone enjoyed finding the items on the list in the museum.  Once complete all the kids received a prize when they turned in their sheet. As a teacher of American history Shari was particularly interested and gave us lots of commentary and tidbits about what we were seeing engaging everyone with questions, quizzes and things to think about. The museum also has lots of taxidermy wildlife showing all the native species in the area some of which you can actually touch. The kids loved feeling the fur, but I could not stop them fro trying to stick their fingers in the animals' noses...The kids (and I) learned the difference between deer and elk, and saw bobcats. eagles, ermine, fox and a host of other animals. The museum also has temporary exhibits, which are undoubtedly worth checking out. If you are in the area, I would say it’s a DO NOT MISS! 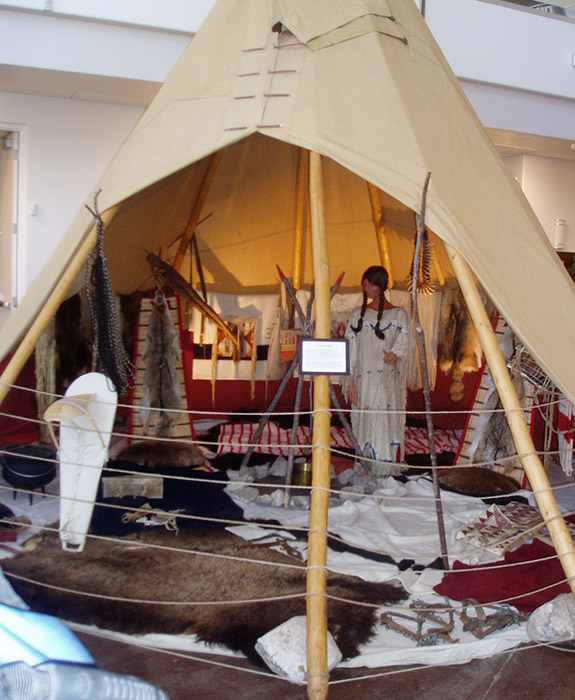