Apparently there is some discrepancy as to whether or not this really is the oldest house in the USA, but that’s what the sign said. Here’s what we found out: The house was originally constructed as a part of the Pueblo de Analco—a Pueblo Indian community that existed in what is now Santa Fe, New Mexico.

While the exact date of construction is unknown, it was probably constructed some time in the Thirteenth or Fourteenth century as the community itself existed from about 1200 AD to about 1435 AD, at which point it was abandoned until it was turned into a museum. There’s not a whole lot to look at, but it’s interesting to note the adobe structure and compare it to the houses we live in today. Beware of the gift shop on site…I bought what I thought was an antique turquoise bracelet and it turned out to be fake turquoise (guess I wasn’t paying enough attention at the Turquoise Museum). 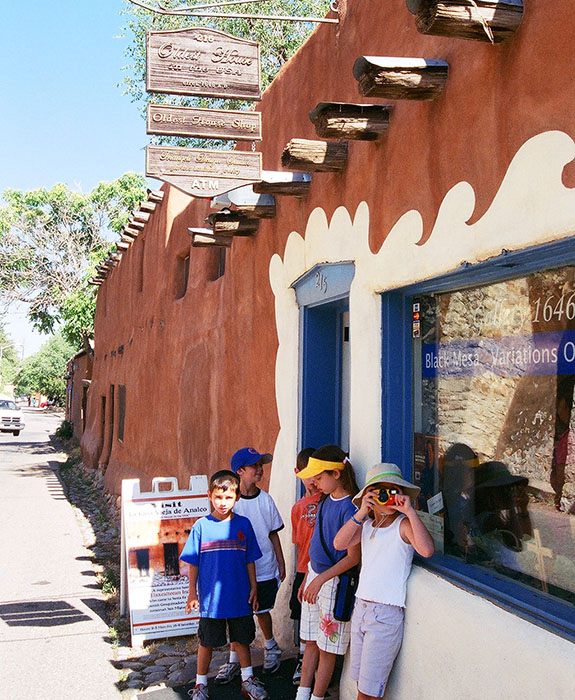