One of the highlights of our visit to Charleston and an absolute must see for anyone visiting is a tour of Fort Sumter.  We made our reservations well in advance and you should too to make sure you get a good time that works for you  as these tours do fill up quickly.  The whole tour takes about 2 hours and 15 minutes with about 1 hour spent at the Fort, the rest of the time is spent on the boat heading from the dock to the fort and back, giving you a great view of Charleston seaport. what merchants ships must have seen when arriving here in colonial days.

Fort Sumter is on a tiny island off the Charleston coast and was not quite complete when U.S. Major Robert Anderson moved his Union troops from the indefensible Fort Moultrie nearby as tensions were mounting between the Unionists and the Secessionists. Faced with a lack of guns, food and supplies, Fort Sumter was the first crisis of the Civil War that faced President Abraham Lincoln.  Lincoln let the Confederates know he was sending supplies which was met with an ultimatum that Fort Sumter be evacuated.  Major Anderson refused and at 4:30 on April 12th 1861,the Confederate army unleashed a barrage of mortars and gunfire that was the start of the bloodiest and most divisive conflict in American history that pitted countryman against countryman, and brother against brother, the Civil War. 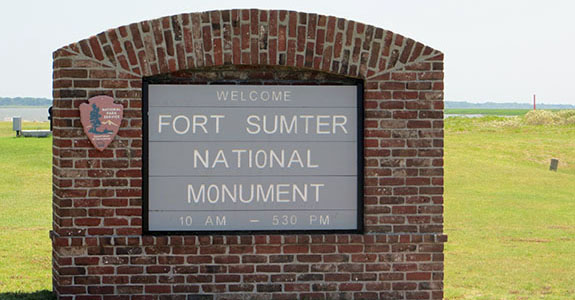 Stepping off the boat, we immediately felt we were stepping back in time into this well preserved piece of American history.

As we arrived we took a look around and tried to imagine  life as a Union soldier stationed here. It was hot an steamy and there wasn't much here but big cannons and fortified walls.  It was difficult to imaging holding down the fort, feeling like a sitting duck while the Confederate Army rained mortars and gunfire constantly on the ill equipped  soldiers. 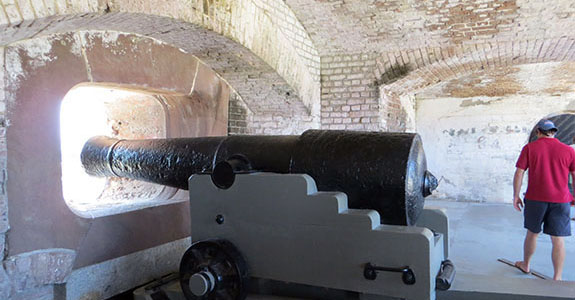 After walking around the perimeter of the fort, the kids and I went inside to check out the numerous exhibits that document the start of the raging battle that tore this country apart in order so that it could come together as one.  There were so many artifacts, charts, and documents and they were all fascinating, but the most moving and outstanding thing in the entire place, was the tattered flag that flew at Fort Sumter on the morning the first shot was fired.  It's an enormous flag that captures the moment in time and space.  As Fort Sumter was quickly captured by the Confederates, the Palmetto flag was raised and the American flag taken down.  The flag toured the Union states during the early days of the war as an icon to motivate folks in the north to contribute to the war effort and to rally support.  It's amazing to imagine what this flag has been through and for me and every one of my kids, it was incredible to stand before it.. 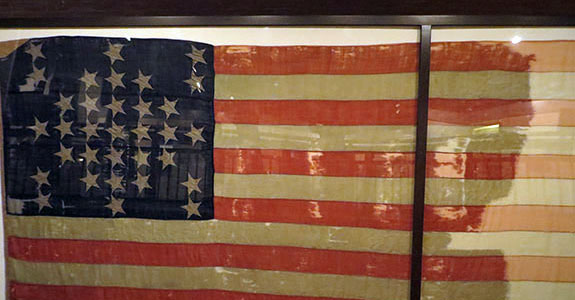 The Palmetto flag that flew in it's place is also on display and to see them together is to understand the passions and ideologies that separated the two.  The Union army didn't regain control of Fort Sumter until four years later after the surrender of the Confederates in 1865 and Major General Robert Anderson returned to raise the tattered flag as a symbol of the North's victory. 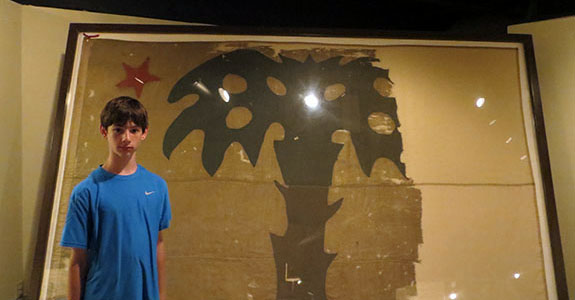 As we headed back to the dock on the boat ride back we took the opportunity to talk about what we'd seen and I was most impressed with my kids understanding and depth of emotional connection.  As the boat docked, we exited into another exhibit hall and took the time to check out the different displays.  We learned about slavery and the economic and moral battle lines that defined the conflict that led to the shots fired at Fort Sumter. 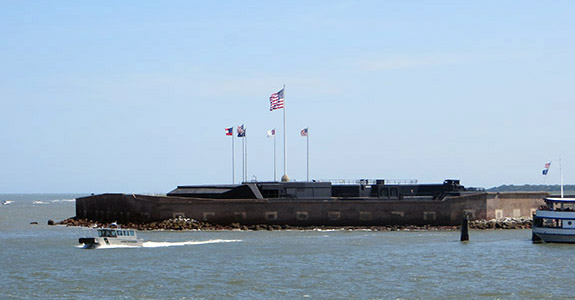 Fort Sumter is an emotional journey into the past and the start of the Civil War.  We were all profoundly moved and therefore declare it a DO NOT MISS on your Explore All 50 list. 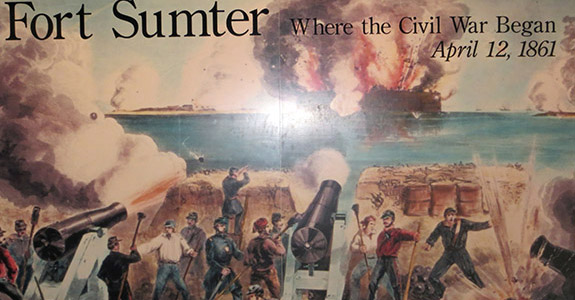