Could you think of a more aptly named place to be the home of the Jelly Belly Factory tour than Pleasant Prairie?  My kids were so excited for this stop it's all they could talk about since the moment they woke up.  I'll confess I have a pretty big sweet tooth and I think I was just as excited as they were.  As a mom, my mantra is moderation and I think it's an important lesson to teach your children especially as a tool to use for the rest of their lives.  I don't completely restrict my kids from candy or sugary cereals, but I also don't let them indulge every single one of their cravings either.  They know what it tastes like and they are certainly not deprived, but they also know that too much is unhealthy.  So with that philosophy firmly implanted in their brains, I had no fear of my kids going hog wild on a mad sugar rush.

Inside the tour we stood in line and then finally checked in getting a little paper Jelly Belly hat.  We then boarded a little train like tram and made our way around the warehouse where the process of turning 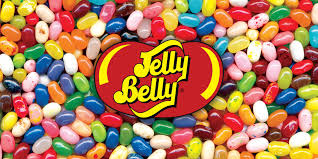 sugar and cornstarch (and a few other things) into those famous Jelly Bellys was explained.  It was pretty interesting as it was something I never really thought about, how they get the outside a little harder than the inside and print the logo on each and every bean.

About 20 minutes later our tour was up, we were unleashed right into the Sample Room (also known as the factory store and gift shop).  Behind the counter stood a woman handing out samples of any Jelly Belly flavor you wanted to try for free, all you had to do was ask.  There were little recipe cards so you could create new flavors in your mouth by combining 2 or three stock flavors.  Me, I like sweet and spicy together, so I sampled the jalapeno jelly bean.  I thought it was just fabulous.

It wasn't long till all three kids came up to me with their little baggies...Mom, mom, how much can we get?  So I did what I always do and gave them a limit.  I told them they could each spend $5 (usually it's 2 or 3 but this was a super special treat).  They excitedly ran around filling their bags and weighing them out. And of course, mom got her $5 bag of jalapeno beans too. No one felt deprived, everyone got  their treat and they were satisfied no whining or moaning.  It's ok to put limits on things-in fact I would argue that underneath it all kids like limits, but it's also important to give your kids some wiggle room between those limits so that they learn how to make their own smart decisions which will serve them well as they grow into adults. 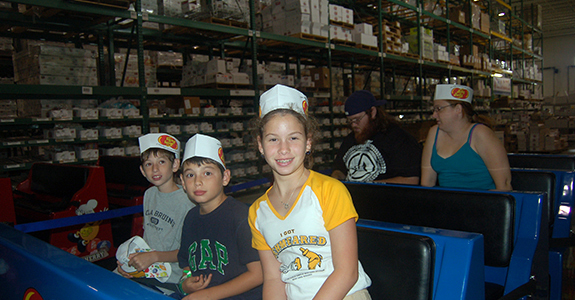