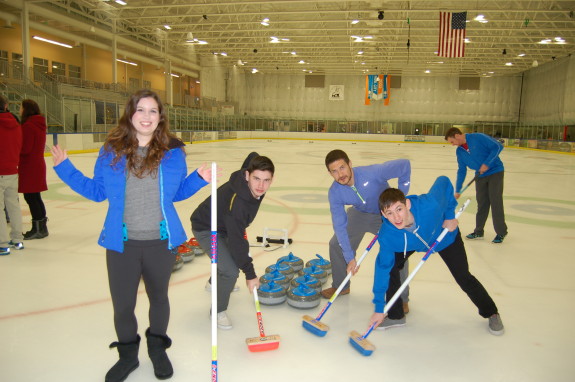 Have you ever heard of the sport "Curling"? It's kind of like shuffleboard on ice and it's an actual Olympic sport.  When I mentioned to my crew that I'd signed us up to take a "Learning to Curl" class at the Park City Ice Arena they all groaned-"Boring!!!".  Well let me tell you, after it was all said and done, everyone said it was one of the highlights of the trip...why? Because it was fun, different, and forced our family to work as a team in order to win our match. 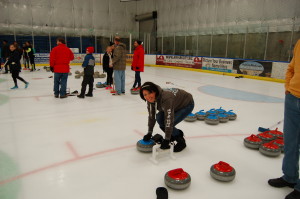 Curling for those of you who are unfamiliar, is a sport invented in medieval Scotland in which players slide "stones" (or 42lb polished granite discs with a plastic handle) on a sheet of ice towards a target area which resembles a bullseye. Two teams, each of four players, take turns sliding the stones, also called "rocks", across the ice curling sheet towards the "house". Each team has eight stones. The purpose is to accumulate the highest score for a game; points are scored for the stones resting closest to the centre of the house at the conclusion of each end, which is completed when both teams have thrown all of their stones. In order to help the stones go further, 2 members of the team use brooms to sweep the area in front of the stone which can result in 10-12' of extra distance. 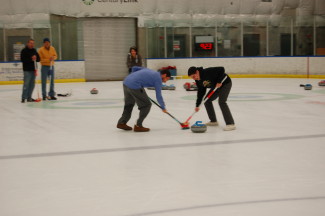 Meeting up in the lobby of the arena we weren't sure what to expect but clearly it was more popular than we anticipated because all 50 slots were completely sold out. We made our way onto the ice where we got a basic primer and separated into groups of 4. Phil, our group's teacher, explained the correct form and basic rules. Every person gets a chance to "throw" 2 stones, which requires no throwing whatsoever. Instead, you put one foot in what looks like a starter block for a track race, and the other on a very slippery piece of foam that resembles a disposable flip flop from a nail salon. Getting a little momentum, while grabbing the stone, you slide out on the ice with the stone in a lunge position eventually gently letting it go with some momentum aiming for where your teammate at the other end tells you-if it isn't moving far enough your teammates will have to sweep to smooth the ice to keep it going. If luck is with you, you'll land on the "button" or the bullseye and hope your opponent (or teammate) doesn't knock you out. At the end points are counted for closest stones in the house and a winner is crowned. 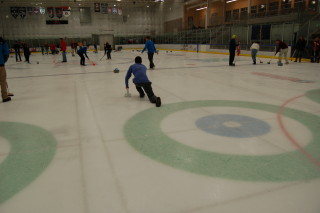 My crew instantly launched into competition mode, strategizing, giving each other pointers and sweeping like mad when we needed the extra oomph.  Phil acted as coach and cheerleader guiding us where to aim and giving pointers on how to "throw".  It was mind-blowingly fun. The best part for me was watching my kids, who can bicker nonstop over the stupidest things (like who sits in the middle in the car) work together as a team, coaching, encouraging, and strategizing together so that we could win our match.  Though our game was super close and very exciting, in the end we lost. 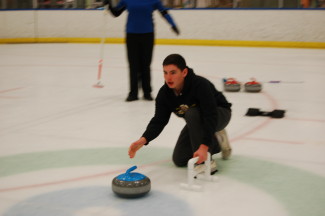 In spite of all the fun we had on the ice doing something entirely unique, the best part for me what hearing Joel say how much fun he had and how much he wanted to do it again....Though he probably won't admit it, for him-and in fact for everyone, the best part was our family working together as a team....I guess it's fair to say the family that curls together, stays together.

You can sign up for the Learning to Curl class by clicking here.  Cost is $15 per person. 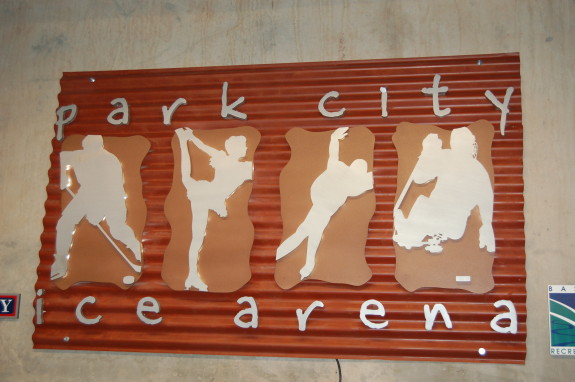