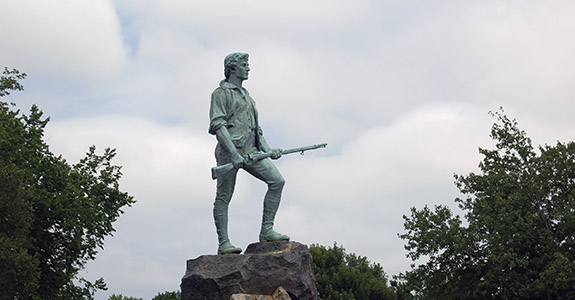 The Minute Man National Historical Park is an area between the towns of Lexington and Concord and  encompasses several sites important to the planning and preliminary battles of the American Revolutionary War.  I cannot even begin to tell you what a profoundly moving experience it was to stand of the very ground that was once soaked with the blood of those who bravely fought for our right to be free and self governing. Start at the visitor center and pick up the National Park Service brochure that will help you chart your course  which includes various historic sites.  If you can, do watch the movie.  Like us you probably won't be able to hit them all but we did see the Hartwell Tavern which is an original structure of the time preserved in it's entirety and the memorial marker where Paul Revere was stopped and taken captive. 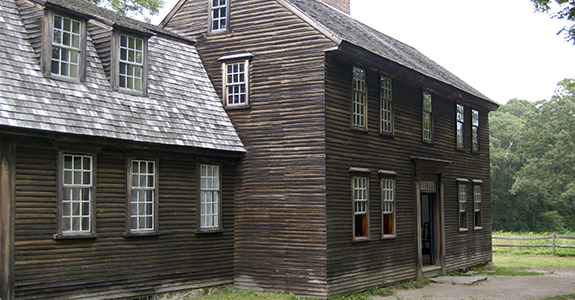 There are all kinds of activities at various times so check with the visitor center to find out what is happening when you are there.  We were fortunate enough to get to see a costumed guide dressed as a Minute Man give a demonstration of the firing of a musket. 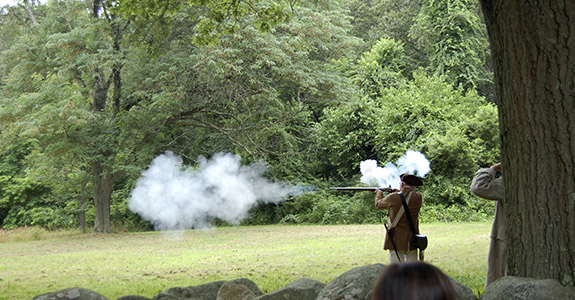 We learned that the men used muskets which weren't very accurate but were much quicker to load than the rifle which could take up to 2 minutes.  A musket could be ready to go in about 30 seconds.  Amazing to close our eyes and imagine ourselves on the battleground.  Make sure you see the Lexington Battle Green.  There is a grave marker where the first 6 men to die on that green in the first battle of the Revolution are buried.  Read the memorial to those brave men and when you pay your respects, ask yourself if you would have had the courage to stand in their shoes.  Incredibly moving beyond words. This is where the fateful "Shot that was heard around the world" was fired. The is an absolute DO NOT MISS. 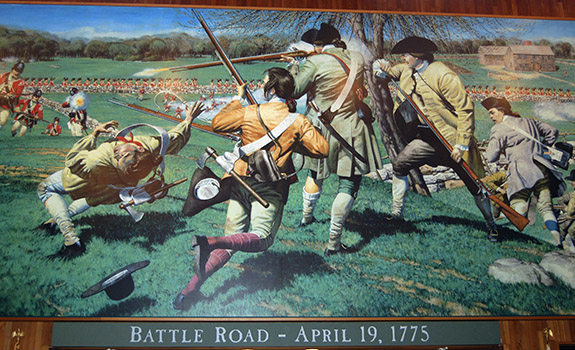