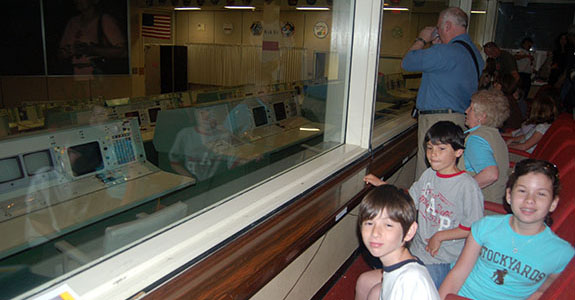 To prepare for our visit to NASA at the Johnson Space Center, I made sure we watched Apollo 13 the night before on Netflix (which is pretty easy to do if you have an Ipad and some cables that can attach to the TV)  so everyone was tuned in to what we'd be seeing… Little did I know we would end up sitting right behind the glass of the ACTUAL control room, preserved just as it was from that ill fated mission.  My kids and I were just amazed knowing this is where it all took place.  It just mind blowing when you can stand in a place where history happened and realize that it's all true and not just a story made up by Hollywood.  For starters,  you just cannot believe the level of technology for the time— it’s incredible. Looking at it all makes you wonder how much more sophisticated it all is today and what technological wonders exist that we don't even have a clue about.  I also wondered about what it must have been like in that room watching astronauts up in space knowing that their lives depended on the decisions that were made at those desks...Thrilling and almost unbearably stressful to be sure. Besides the control room, there is a lot more to see and do here so plan to give yourself plenty of time.. After the control room we headed to the training facility where we watched astronauts training to work in space.  There was a model of the space shuttle and tons of robotic machinery that the astronauts have to train to use.  There was also a large swimming pool to simulate weightlessness for some other tasks that the astronauts had to learn.  As we moved from one building on to the the next we caught a glimpse of some scientists testing a rover with some remote controls.  You can see a picture I snapped of it below.  It kind of reminded me  a little of a remote controlled toy car that  Isaac had-I wondered which inspired which?.  Next we headed into a giant warehouse which contained a full size rocket on it's side along with photos all the crews from each mission.  The rocket was massive and looking at it gave all of us a real appreciation of how brave these astronauts really are.  Holy heck, I would never have the guts to literally ride a rocket and I give kudos to those brave men and woman who do to further science and our knowledge of space!

Next we headed to a huge gallery that had all kinds of exhibits.  One activity  that the kids really enjoyed was a using a machine much like the astronauts use when they train to simulate conditions in space.  The idea is to sit on your back in a chair similar to a dentists chair thats on wheels on a rotating platform, from there using a remote control, you move the chair to bring you close  so you can twist the knob on some space equipment. It was super challenging but both boys were able to do it-hmm perhaps I've got some future astronauts here I wondered, and then secretly hoped not, because as their mom, I don't know if I could live with the stress worrying that they were ok.  After trying on some space gear and tasting some Dippin Dots ice cream we saw a booth for some very special souvenir photos.  I am such a sucker for these but I've never regretted shelling out the big bucks for these one of a kind photos. Truth be told those are always our best souvenirs...So the picture cost $25 (maybe even more now), but the memories and the pride we share talking our experience are priceless..  We opted to take a photo that with a little magic from the computer that made us look weightless inside the space shuttle (you can also pose for some official looking photos in space suits holding the helmets just like the astronauts do, they've got a few different ones to choose from).  We all posed on blocks against a green screen individually and then voila, 15 minutes later we were all floating together in space.  I cannot tell you how many people ask us how the heck we did that, and every time they do all I remember is the great time I had with my kids doing it.    There was so much to see and do here, I am not doing it justice at all…Just go already! It's a once in a lifetimes you won't soon forget, a definitely DO NOT MISS. 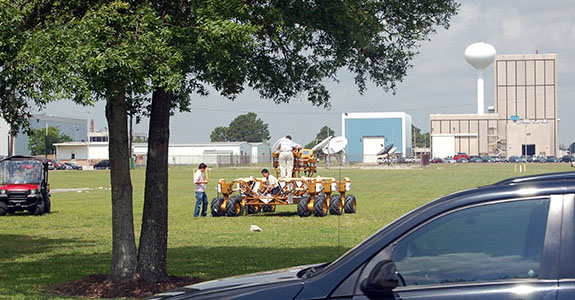 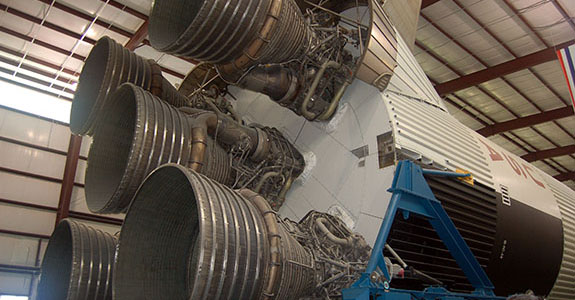 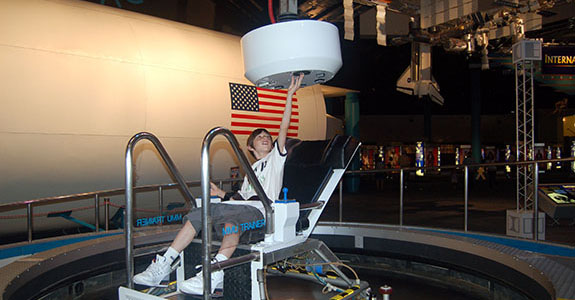