The Magic House Children’s Museum is an interesting place for younger kids, and great if you need to fill some time in between some historical stuff with some fun as well as thought provoking activities.  Most of the hands on displays are very science oriented and my kids had a blast running around and checking everything out.  Some of the more memorable things to do included playing with magnets-check out what Joel was able to do-stack a bunch of bolts all the way to the top..which by the way was no easy feat-(to get that many in a single column required precision placement)...learning all about nutrition by answering some cool questions on some interactive screens, and sitting in a wheelchair and seeing what it feels like for a handicapped person. 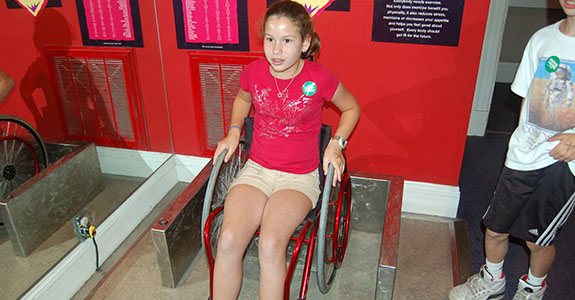 By far the highlight of the visit was touching the "energy ball". It is a large glass ball with what looks like a little lightening bolt inside of it.  When you touch it, it makes your hair stand on end.  Lilia did it and her huge mane of wavy hair went everywhere into a 360 degree sphere shape. Beyond hilarious. Wish I could show you a picture, but you aren't allowed to take your own photos...for a small fee, they will put your "hair raising" picture on a button.  Of course, I bought the button...Where it is now after 2 moves is anyone's guess.  Lilia is such a pack rat though I have no doubt it's lying on the bottom of some drawer filled with a bunch of other stuff she hasn't seen in years...I think anyone over 12 might get bored here, but if you're crew is below that age, they'll have a terrific time discovering all kinds of cool stuff. 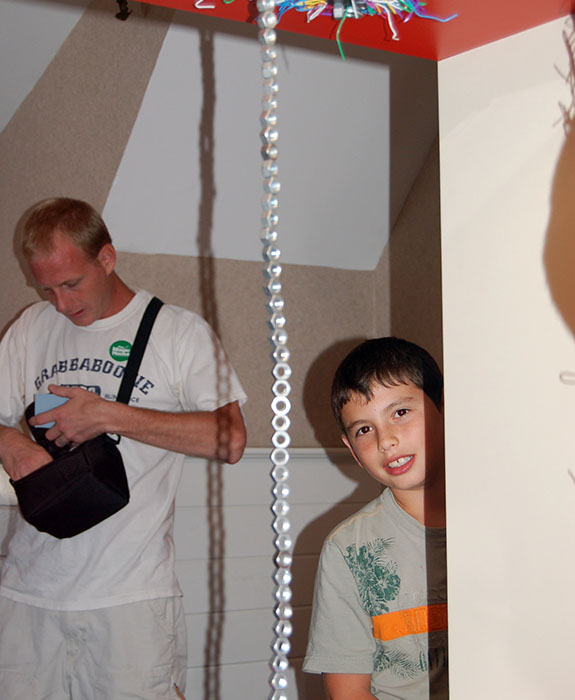