While Dallas is known as a gleaming glamorous city home to some of the country's wealthiest oil barons, sadly, it is also known for is the assassination of President John F. Kennedy. The kids and I made our way to The Sixth Floor Museum at Dealy Plaza where literally in the road two x's mark the spot where the two shots ended the life of our 35th president.   It’s hard to imagine what happened that day, but after watching the famous Zabruder film of it so many times, it was very moving to actually stand in the place where it happened.  I stood there taking in the view from every angle seeing the often referenced grassy knoll and the surrounding areas.  I tried to  imagine what it must have been like to be a spectator witnessing such a shocking tragedy before my eyes.  Had I been standing there I think it would haunt me for the rest of my life.  As always, it is such a unique experience to actually stand in the places where history has happened, putting it all into perspective in your brain.  Standing there everything I had  imagined about the historic event was shattered because as I stood there feeling the  sun on my face, listening to the sounds, hearing the rustle of the trees and traffic and people moving around me, I realized history did not happen in a vacuum, in  black and white photographs or a grainy home movie.  It was as real as what I was seeing and hearing, smelling and feeling right in front of me. Right then and there I felt a very deep connection to what happened in a way no film or book or display in a museum could ever make me feel.

Housed in the book depository where Lee Harvey Oswald fired from the sixth floor window, The Sixth Floor Museum covers all the information about the assassination and the subsequent investigation in incredible detail. Most amazing is that the part of the depository—the actual spot where the gunman took aim through the window—is preserved behind glass just as it was. The drab peeling paint, the rusted windowsill, everything is still there preserved as it was, a time capsule as it were.  Looking at that Oswald's surroundings in that moment frozen in time, I wondered what was going through his mind looking out that same window seeing much of the same thing I could see from where I was standing behind the glass.  It was eerie and fascinating knowing the energy of that moment was captured in those walls right there in front of me.  It was only the kids peppering me with a million questions that broke the silence of the moment for me.  It's tough to explain these horrible events to kids but it's important that they understand history for it is only through understanding it fully that we learn from it.  I never sheild my children from awful truths.  I care deeply that they understand the world we live in is not always kind, and that they not grow up to be naive.  Exploring our history, even our darker side I feel gives them the tools to see the world as it is and prepare for whatever comes their way in life DO NOT MISS this outstanding opportunity to learn more about one of the darker chapters of our history. 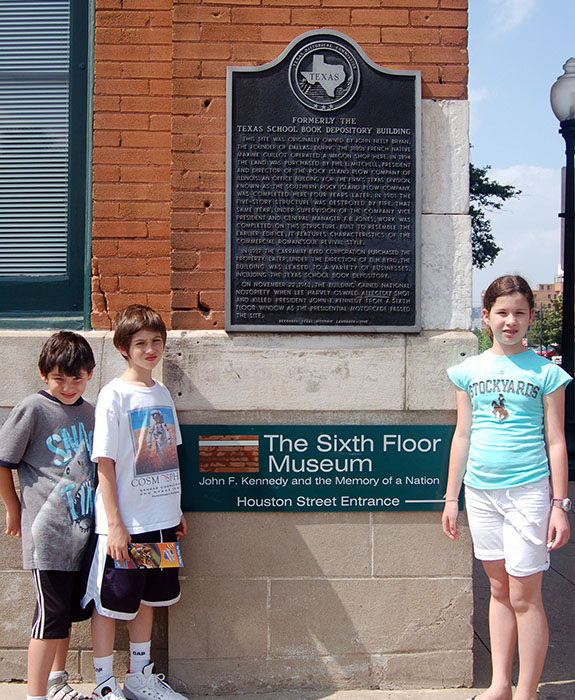