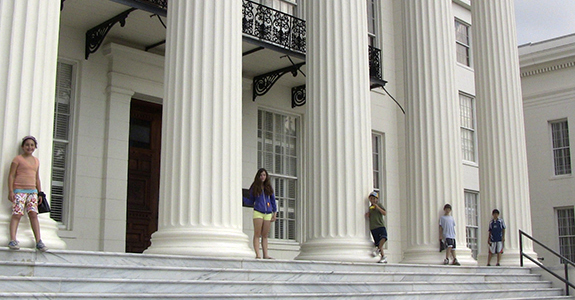 The Alabama State Capitol Building is not as flashy or architecturally significant like others we've seen.  What was unique about it was the enormous white columns on the front steps and the clock in the small tower.  The Alabama State Capitol Building served as the first capitol of the confederacy in 1861 and has since been declared a national historic landmark. In fact, this is the site where Jefferson Davis was sworn into office as president of the confederacy.  Over 100 years later the the Selma to Montgomery march ended here at the capitol steps which eventually led to the Voting Rights Act of 1965.  The steps of this building have seen momentous events that have changed the course and direction of this country and it was awesome to stand here where some of the greatest leaders in the civil rights movement once stood.

Inside, we checked out the rotunda and the rest which seemed quite subdued.  We also discovered a very nice gift shop inside that is worth checking out.  I ended up with an interesting cookbook of southern cooking from the ladies auxiliary league. 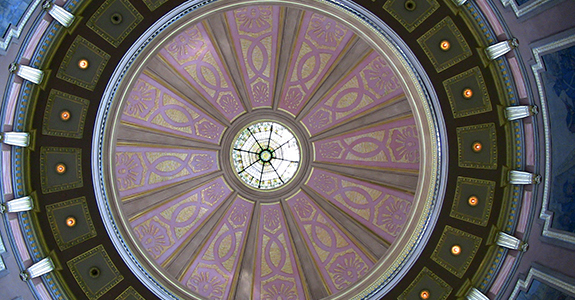