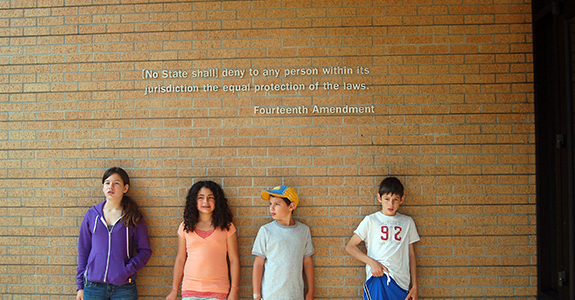 The kids and I were amazed to see that Little Rock High School still functions as a regular High School especially since its place in history was cemented when the National Guard had to escort 9 African American students onto the campus so they could attend classes when segregation was ruled unconstitutional. This was one of the battlefields where the war for civil rights was waged—and won. 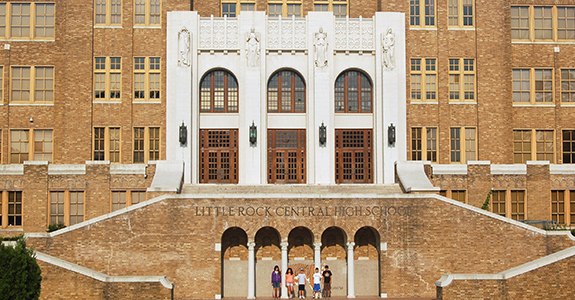 Right around the block from the school is…The Little Rock High School National Historic Site Visitor Center- The kids and I did not know what to expect but we were overwhelmed and truly moved by the  incredible display documenting the events that took place at Little Rock High school in the battle to end segregation.

We partook in a  multi-sensory experience that put us in the shoes of those 9 brave students who faced the entire white community, from the Governor on down, who did not want them there. It took the National Guard by order of the President to make sure they were allowed to go to school. It's hard to imagine the pressure those kids 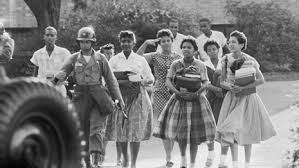 were under fearing for their safety and even their lives.  It's also hard to imagine the courage and bravery that was embodied in each of them to face that fear in order to change history.  We learned  how  the community was deeply divided  by racial lines, and  how the barriers were finally broken. There were numerous activities that made us think, like the role playing exercises and the video footage on a big screen of a bunch of white folks screaming racial slurs directed at what felt like us.  It was frightening.

We spent time pondering what it might be like for our fellow Americans  on either side of the racial divide and what the word prejudice really means.  We explored our own feelings, 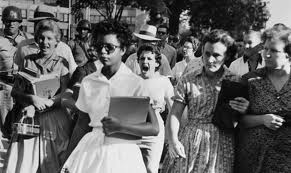 and gauged our reactions to various scenarios.   As a mom, I loved watching my kids reactions, and watching them understand and empathize.  So much prejudice is a function of what is learned and so too with empathy.  As a parent, I care that my kids are sensitive to the plight of others, and I feel responsible to teach them that it's important to treat everyone fairly and equally.  It's the golden rule of life, "Do unto others as you would have others do unto you".  There are many places to learn about the struggle for civil rights in America and we have seen plenty of them, but in all honesty, none of them have moved us as much as this national historic site.  There is something about seeing it all from the perspective of these nine students that hammers the point home especially for children.  Kudos to the visitor center for putting together such an outstanding presentation that engaged us, and most importantly made us understand the struggles of those who fought for their equal rights as American citizens. 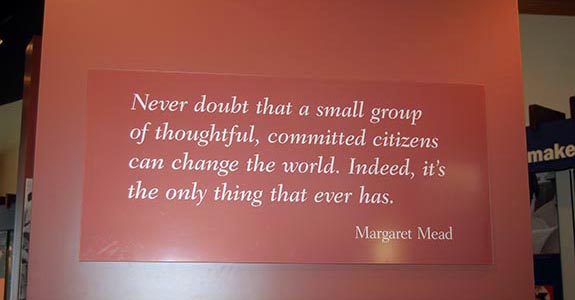