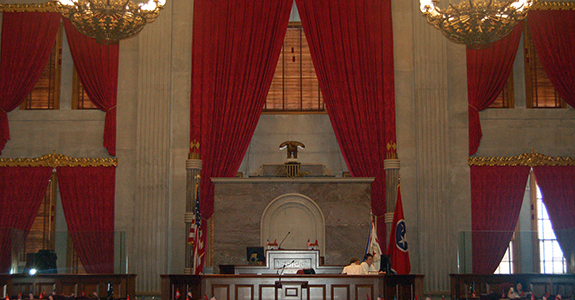 The Tennessee State Capitol Building sadly was one of our  least favorites of any we've seen on any trip.  I think the building has the potential be be something really special but as it is right now it's in desperate need of some TLC. The colors were super drab, and there were few decorative details except in the legislative chambers.  It was super disappointing because our travel buddies Yvonne and her kids had never been to a state capitol building and my kids and I had really talked it up.  Don't you just hate when that happens, you really talk something up getting everyone excited and then it just doesn't live up to the hype?  I've learned since to under sell and over deliver and that way, no one is ever disappointed.

I will say, that what was lacking in decor was more than made up for by the warmth and friendliness of the folks inside., Inside the governors office, his staff gave us one of the best souvenirs we've ever gotten in a state capitol building,a stamp on a piece of paper made from the old state seal, which was very, very old-as old as the state capitol building itself. We stuck the paper in the machine, and then she twisted the arms with a strong push and boom-we pulled out the paper and there was the state seal of Tennessee.  The one take away from it all is how proud Tennessee is of it's favorite son President Andrew Jackson.  He's everywhere. 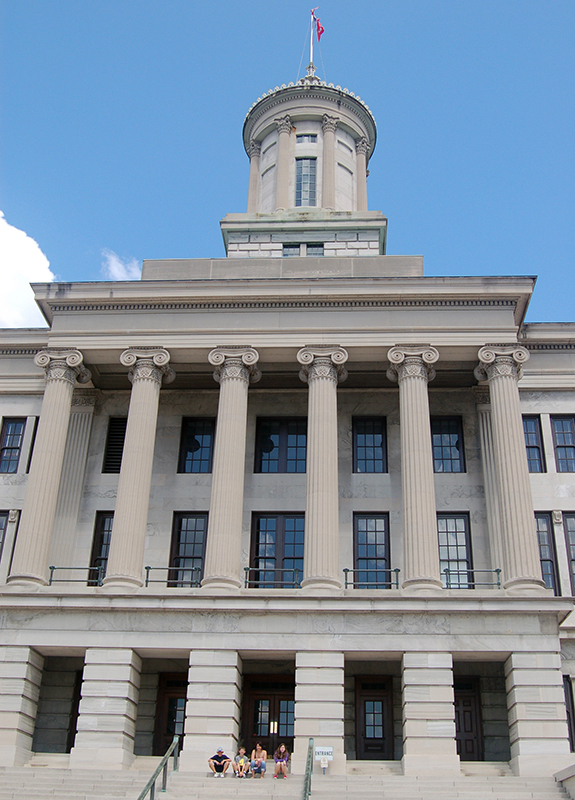