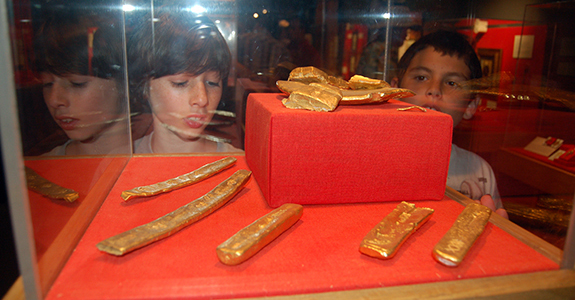 Visiting The Mel Fisher Maritime Museum feels like you've gone on an adventure with Mel and his crew, searching for treasure at the bottom of the ocean and finding the mother lode that you can touch and feel.

Key West because of it's geography is one of the most famous shipwreck sites in the world.  As numerous ships from Spain, England, Portugal traveled during the early colonial during the 1600 and 1700's  bringing back tons of gold and other treasures from the America's, many ships sank in the treacherous waters off the coast of the Florida Keyes.  As technology advanced many of the wrecks were salvaged making Key West at one time the wealthiest city in the country (1860).  Over time, some wrecks remained a mystery lost on the bottom of the ocean still full of their treasure haul that never met it's final destination in Europe.

Mel Fisher was a salvage diver who found fame and fortune when he discovered the wreck of the Atocha, which was laden with gold, silver coins, bars, and numerous artifacts when he finally found it in in July of 1985. The Atocha was sailing from South America carrying the wealth of an empire back to Spain when the ship got caught in a hurricane and, like many others along a similar path, sunk to the bottom in 1622, taking all her treasures to the bottom with her. It took Mel Fisher 16 years of meticulous searching, but he finally found the wreck and set out to excavate its treasure, some of which we saw displayed in the museum. The displays accompanying the treasure are real lessons in history and are worth taking the time to read if you can peel your eyes off the gold and silver that you see everywhere around you..  We  learned about the history of New World ambition and exploration, piracy, slave ships and the maritime history of Key West.

Amongst the numerous treasures displayed by far the most fun and fascinating thing in the entire museum is a gold bar in a case with a hole through which you can put your hand inside and feel. It is absolutely amazing to be able to hold an ancient bar of gold in your hand, to think about who made it and where it came from (was it part of the Inca or Mayan empire?), to think about its journey on the ship and that it lay on the ocean floor for hundreds of years.  And as you are marveling at the history you are holding,  think about how many other folks just like you held it in their hand -and then go use some hand sanitizer…We spent nearly 10 minutes at this display as my boys were absolutely convinced they could find a way to get it out of the case—not happening, but fun to try. This is a DO NOT MISS for sure. 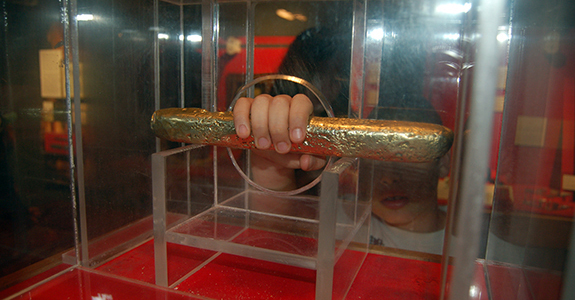