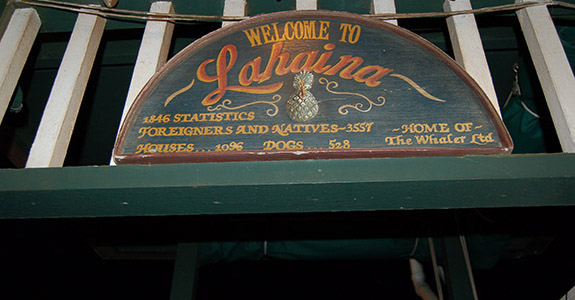 Front Street is where all the action is, is in the old whaling port of Lahaina which is also the civic center of  Maui. There are a ton of shops (lots of great places to pick up inexpensive souvenirs-just make sure they're not made in China!), art galleries and fun restaurant options here and it's quite a lively scene. Make sure you walk all the way down and check out the huge Banyan tree whose branches span an entire city block in front of the historic courthouse.  Sheriff William Owen Smith planted an Indian banyan tree in the courtyard square in 1873 to memorialize the 50th anniversary of the first American Protestant mission in Lahaina. The banyan tree has become the largest banyan tree in Hawaii, and one of the largest in the United States 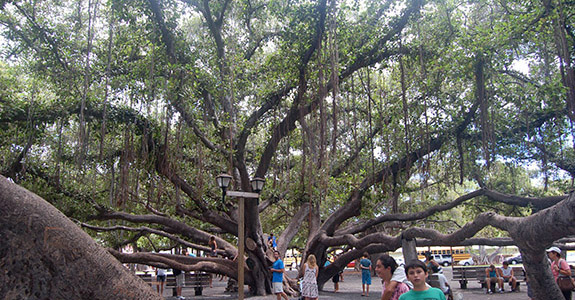