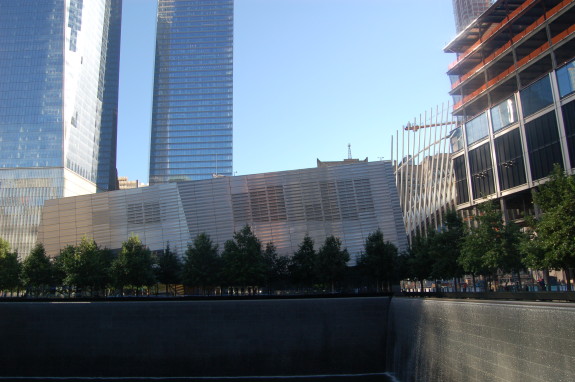 It took time and careful effort to construct this incredible museum on the site of one of the greatest tragedies in our nation's history. For those of us who witnessed the attack and eventual crumbling of the towers on September 11, 2001, this museum will bring you back to that terrifying moment and fill in the details that we could not imagine as we were glued to our televisions.  For younger visitors who were too young to remember, it is a place that not only documents the horrific events but also pays tribute to each and every victim and the courageous heroes who tried to save them. 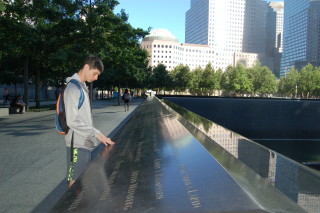 Before heading into the museum, make sure you take in the memorial fountains. They are a stunning architectural achievement that resonates with deep emotion. The outline of where the buildings stood is marked by a short wall engraved with the names of every victim. The wall surrounds a deep hole into which water flows into a dark abyss.  It is incredibly moving and a very powerful and place.

Walking into the museum we were instantly struck by the surrounding concrete and rebar that are not only the remnants of the twin towers but serve as memorials to the victims and events. As I stared at what was left of the structural supports I imagined that day, and all this steel and concrete had bore witness to. The displays are overwhelming in their detail from mangled phones and shredded paper to equipment used to save lives. The story is told from many different perspectives and coming to understand and appreciate each one is a solemn experience. 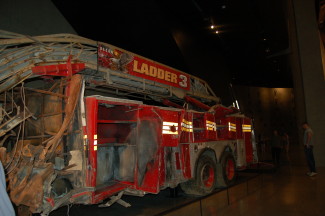 Some of the standout displays included a mangled fire engine.  It is almost unimaginable to think about the force that caused the damage inflicted on that truck. Another standout was the remainder of a solitary staircase that by some sort of miracle held in place creating a sort of pocket shielding survivors until they could be rescued in the nick of time. The most moving display though in my opinion was the memorial room where the pictures of every single victim line all 4 walls.  Walking around and looking at each face you instantly grasp the magnitude of the loss as you listen to the voices of their loved ones recounting precious memories giving you insight into each person, never to be forgotten. It is heartbreaking.

The 9/11 museum is a solemn place but it is also where New York City's healing has begun. It is a place that defines the character of this amazing city and the heroic souls who protect it day in and day out. On all levels, it is a do not miss, though it may not be appropriate for very small kids, it's a great opportunity for kids 8 and above to understand the tragic events of that day. 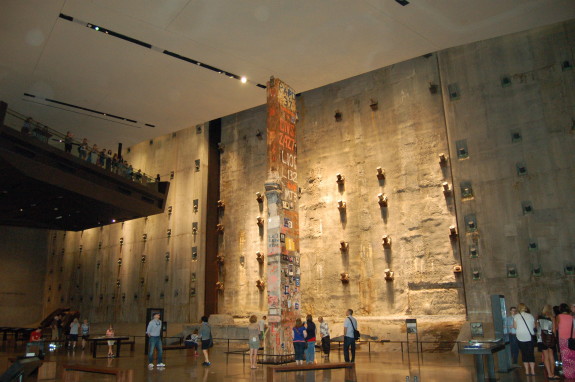