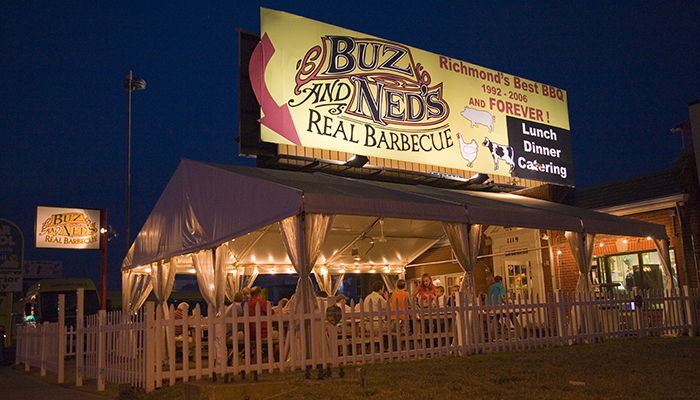 So we were in Richmond on the 4th of July looking for some all American chow before heading to the minor league baseball stadium to take in a game and the only fireworks show for miles around. When you think all American cuisine, in my mind there is only one thing that comes to mind and that is BBQ. After doing the obligatory Yelp search, and checking out the reviews we decided Buz and Ned's Real BBQ was the place and headed on over. We knew it was a good sign when the line was out the door and the place was poppin...I was just praying they wouldn't run out of food before we got to the front of the line which can sometimes happen at good BBQ joints. 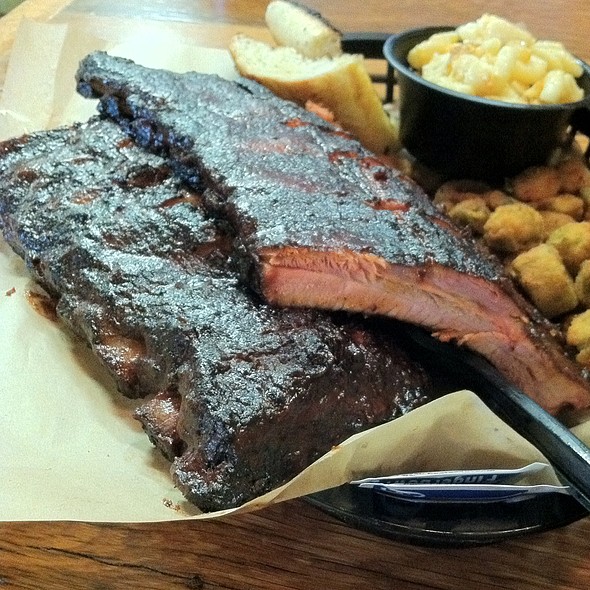 So here's the back story on this place from their website-Some men are driven by a need for fame. Some men seek glory. Buz has always sought out the perfect barbecue. Not that par-boiled, mass-produced, liquid-smoke injected kind, either. Nothing but real barbecue will do.  Buz began his quest by working along side the old timers who dedicated years to the art of perfecting the pit. Sharing secrets that chefs like Bobby Flay would do a great deal to get their hands on.From the open pits of Texas to the whole hog barbecues in North Carolina, Buz has cooked, eaten and learned from the best. But real barbecue isn’t something that comes from a recipe. Real barbecue is something that only happens with dedication to the art, and respect for the patience required to smoke the most delicious meats possible until they’re perfectly tender.It was on one such journey, at the crossroads that connect the mountains of Tennessee, North Carolina, and Virginia, that Buz ran across Ned. Ned was producing the best barbecue that Buz had ever seen, heard about or tasted. Using recipes that had been handed down for over 150 years, that old-timer was a country legend and the best kept secret in the entirety of the barbecue world. Before giving up the ghost and moving on to the next great barbecue adventure in the sky, Ned entrusted these secrets to Buz, making him promise to keep Ned’s BBQ traditions alive. Today, Buz is still honoring that promise by bringing delicious, real barbecue to Richmond, VA.

My kids and I can say with confidence that Buz and Ned's didn't disappoint on the 4th of July, and if you find yourself in Richmond with a hankering for some good BBQ,  Buz and Ned's is the place to go. The dish to get is the pork ribs, by far the most popular item on the menu.  But since we don't eat pork, I can also tell you that the briskit, beef ribs, and chicken were all lip smackin good. You get 2 sides with every order.  The corn was good and the cucumber salad was awesome. They're all popular so I don't think you'll go wrong with whatever you order.

Don't fret about the long line.  It does move and you will eat. Just like everything else associated with BBQ, you have to be patient. 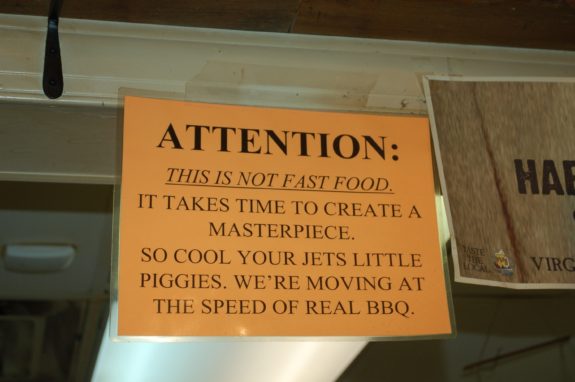