Sadly in our haste to start our day on our way to Appomattox Courthouse and Monticello we bolted out of Richmond without stopping to explore the beautiful and historic state capitol building (yes, I am still kicking myself over that one).  PBS's WTTW ranks Virginia's capitol building as it's #1 building that changed America. Since I can't give you a personal account (kicking myself again), I will turn this post over to the folks at WTTW who have done an incredible job describing it.

As a founding father of the United States, Thomas Jefferson was passionate about America’s independence from Britain. He was no fan of the king of England and, by extension, no fan of the Georgian architecture that bore the kings’ name.

So when the state of Virginia needed a new government building, Jefferson – a self-taught architect and former governor of that state – took his inspiration from a source very far removed, geographically and historically, from the British colonial architecture of the day.

Serving as America’s minister to France at the time, Jefferson visited the Maison Carrée, a classical Roman temple in southern France dating back to 16 B.C. He was thoroughly entranced by this monumental ancient structure, describing it as “the best morsel of antient [sic] architecture now remaining.”- to watch the awesome videos that go along with their post click here to view it on their page-and then make sure you come back!!! 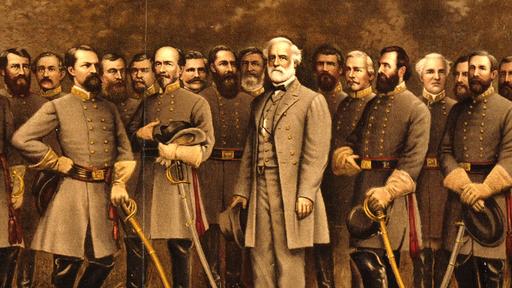 During the Civil War, Richmond served as the capital of the Southern Confederacy, and the Virginia State Capitol building housed both the State assembly and the Confederate government. Watch the story.

Jefferson hired the French architect Charles-Louis Clerisseau to draft a design for a similar building in Richmond, Virginia. He even commissioned and sent back to the U.S. a scale model that is displayed at the Virginia State Capitol to this day.