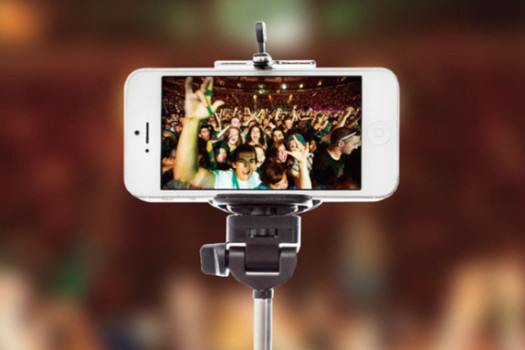 Right before my last road trip back in June, I relented and shelled out $24.95 on Amazon.com for a selfie stick . What an awesome way to take pictures of me and my kids in front of the sites on our trip to New York, New Jersey, and Pennsylvania I thought. As soon as it arrived my kids laughed and then groaned letting it be made abundantly clear that none of them would be seen within 50 ft. of that thing. 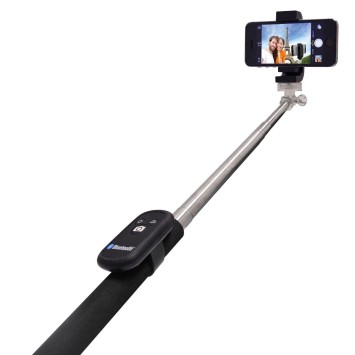 I tested it out at home and it seemed to work fine-although it was a little bit of a challenge getting the phone in and out of the holder. I folded it up and packed it into my backpack...and honestly, that's the last time I touched it.  I kid you not, it sat in that bag the entire trip. Why you ask? I'm still trying to figure it out. Aside from my kids' aversion here's what may have stopped me from whipping it out.

Initially I thought it was obvious- it's the set up I thought-I know it seems totally easy but I just found it a pain to keep loading and unloading the phone into it. It was just always easier to ask a nice person to take our picture.-luckily no one stole my phone. Pick your "photographer "wisely I always say. In looking at our few attempts at a family portrait, our photographers' skills were mixed. We probably would have done better with the selfie stick. In addition, you still had to make sure it was always charged and ready, another hassle. 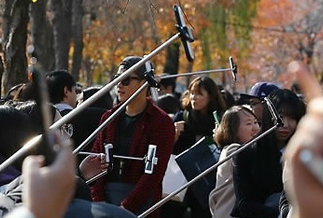 But truth be told that wasn't really it.  To get some insight, I asked my 16yr. old Joel, who was the most vocally averse. He gave it to me straight..."Mom, it just looks stupid. When you are sitting there holding the stick, you just look so self absorbed trying to get the right angle. It just calls to much attention to you, like "look at me, how cool am I here taking a picture of myself.". And you know what? He hit the nail on the head.  Every time I've seen folks with these things it gives me a twinge of embarrassment for them as I watch them pose and smile-meaning the picture is more about them then what they are seeing.  It just looks pretentious even though I know it's not. 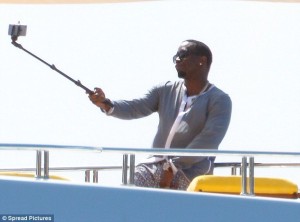 What's your take on the selfie stick? I just bought one for my parents. I'm so curious to see if they used it on their cruise or thought it was too embarrassing...my guess is they could care less and got some awesome photos.