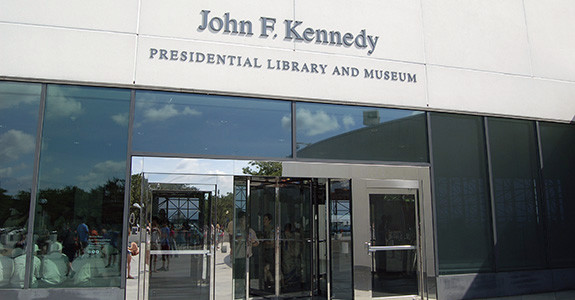 Traveling throughout the USA we've had opportunities to visit many Presidential Libraries.  Some are absolutely incredible and some not so much.  After being blown away by the Abraham Lincoln Library, and the Bill Clinton Library our expectations were very high for the library of JFK whose presidency was filled with dramatic events, who was so beloved and whose family possessed enormous wealth.

We entered the library and were immediately ushered in to see a film about JFK that focused a lot of time on his election and much less about his accomplishments as president. Much to our disappointment the library followed that same theme.  In all honesty, it's an interesting place to explore the life and times of our 35th president but too much of the exhibit is centered around his election. His childhood and his life in the White House felt like they could have been covered more thoroughly because he has such a fascinating story.  Walking through just felt like a real missed opportunity for a fascinating history lesson.  His assassination is strangely not even mentioned at all but because of that one can only conclude how painful it was for the family as well as this country.  There are some interesting vignettes about Jackie's fashions, JFK's push for the U.S. space program but it all felt so superficial and simply glossed over.

Even though the overall library experience felt like it lacked depth, there was something that truly moved me. I read one of the most poignant things I have ever seen anywhere-a poem written to JFK by Jackie Kennedy on the inside of a book she had bound of all his campaign speeches. It was sweet and touching and obviously written by someone very much in love. Reading that made my heart break.  When you visit, look for it and read it, it's in the room where you wait to enter the theater.

Overall the library is worth a visit but we left feeling like we just ate a plate of food that looked really good but was missing flavor. There was so much more that we wanted to know about the life and times of John Fitzgerald Kennedy, his life and his legacy. 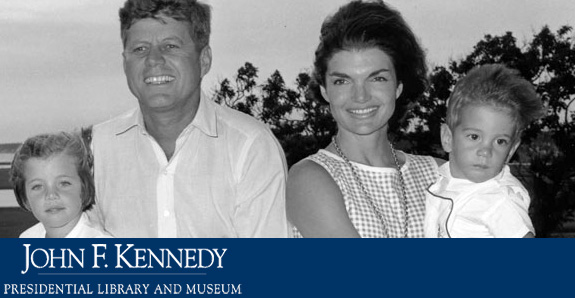