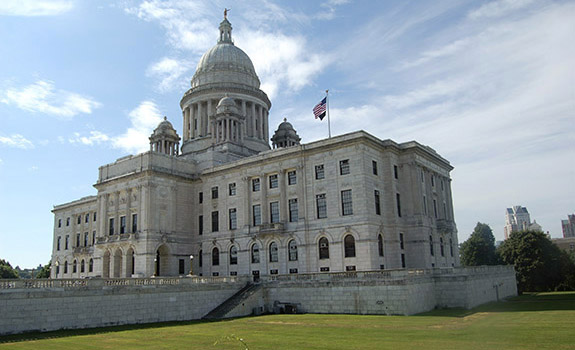 Sometimes state capitol buildings can hold the most amazing treasures.  These are usually quick stops as my kids love to quickly run in check out the rotunda and the dome and check for interesting artifacts, but sometimes you want to go a little deeper when you see something truly fascinating.  So when we walked in to the Rhode Island State Capitol building we saw cases of battle worn flags from civil war regiments.  Many of them are tattered and torn and one can only imagine the bloody battle at which these flags were present.  I am sure if the cases were opened you could still smell the smoke in the fabric from the gunpowder.  I'd never seen flags like this and was blown away.  My son Joel was obsessed with a canon in front of the flag case that had a ball stuck in the barrel.  He kept asking me why it was there, and I didn't have a good answer, I suggested maybe they just plugged it up so it wouldn't fire anymore.  Still not satisfied, Joel asked the guard at the desk, who told him to read the display next to the canon to get the whole story. 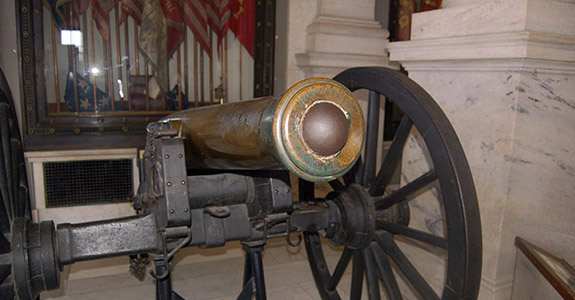 Apparently this canon saw battle at Gettysburg and two Rhode Island infantrymen who were manning it were killed in action.  The canon was struck by a Confederate shell denting the opening where the balls are loaded and fired out of.  In fact you can see the divot.  In the heat of battle 2 more gunners tried to load the hot canon but because of the divot the ball would not go down.  As the canon cooled the ball was stuck there forever more.

What's incredible besides the story, is that this canon is right there in the open.  I ran my hand over the divot imagining the scene that made it so.  The energy of the moment is frozen it time and I know Joel and I were both forever changed for knowing that story, seeing and touching that canon.  These are the things that make history real.  Joel, and all my kids now realize, the civil war was not a page in a history book or a black and white photo.  It was a bloody, horrific battle fought by average folks, scores of whom paid the ultimate price.  The freedoms we enjoy today, were all too often paid for  in blood that is something that all of us will never forget after seeing this incredible display.

I urge you, if you find yourself in Providence, to go to the statehouse, and enjoy the amazing artifacts.  Read their stories and connect to our history by engaging your senses.  Read the story, touch the canon and think about how it makes you feel. 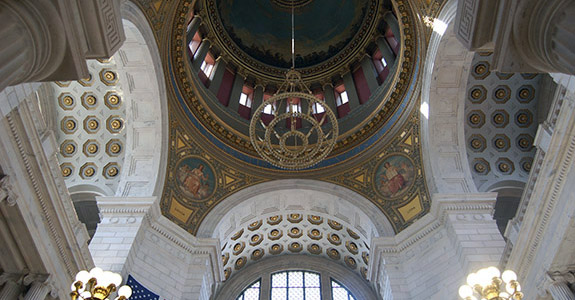