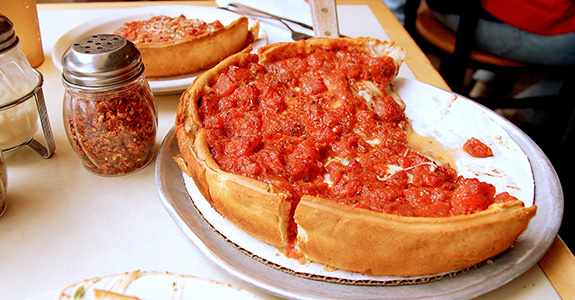 You just can't go to Chicago without sampling some of the iconic foods, the most famous of which is Chicago style deep dish pizza and so after asking folks on the street and double checking with our guidebooks, everyone pointed us in the direction of Uno Chicago Grill.  This place was super busy, which is always a good sign, but the wait was 45-minutes to an hour which I hear isn't unusual. We decided to give it a try and did a little walking around the neighborhood to kill some time.  We were finally seated at an outdoor table and it was time to order.  We ordered one big pie half cheese half mushroom. 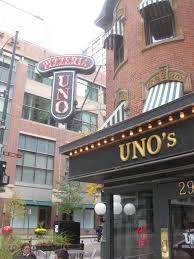 It finally arrived in a big baking tin piping hot and smelling delicious carried by a server with some strange plier type contraption.  Our server gave everyone a big slice with the ooey gooey melted cheese strings stretching from the pan to the plate.  The pizza actually looked like a cake with a thick dough that actually tasted a little sweet.  I know Chicago pizza has it's die hard fans, but after sampling this pie I must say I am more of a thin crust New York Pizza type girl.  My kids all had the same reactions.  Oh well at least we can say we tried it, which is what it's all about anyway.
Learning about diversity through food can be really fun as long as everyone is adventurous enough to give it a taste. Truth be told, pizza is an easy sell though.   I am really glad my kids have been exposed to so many different kinds of food, and I must admit, I am always excited to see how they'll react to something new.  Crazy as this sounds, I know one day it will help, like finding common ground with some influential person who might be able to help them in some way.  It's all about making connections as well as connecting the dots, two similar sounding but very different things.

Oh, and by the way, don't leave without tasting one of their ridiculously decadent desserts.  We had some kind of brownie sundae thing that was really good-and I am sure about a million calories, but when you're traveling, you have to live a little. 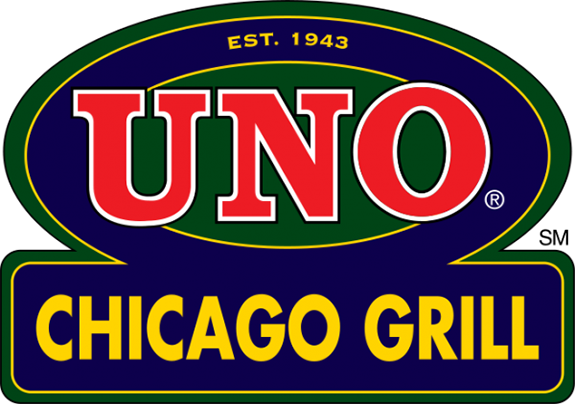