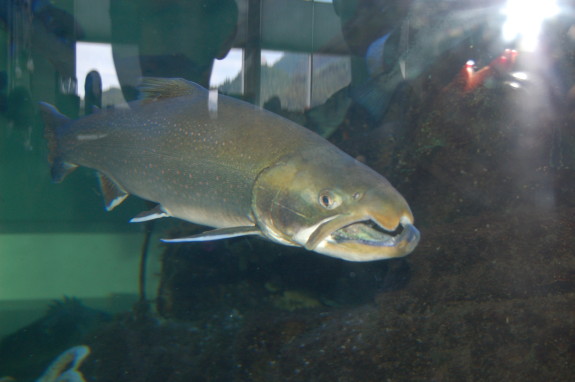 Alaska is one of the last truly wild places in the US but sometimes even Mother Nature needs a little boost.  There is a huge demand for wild Alaskan salmon (in fact it is against the law farm any kind of fish in Alaska) so in order to make sure the stocks are not depleted, non-profits like the Macauley Salmon Hatchery are hatching salmon and releasing them in the wild.  This is sometimes called "ocean ranching".  According to their website "Hatcheries help improve the survival of young salmon, mainly the eggs and fry which are very vulnerable in the wild. Hatcheries have no predators, food is abundant, and the environment is relatively consistent, making it more likely that salmon will make it to their ocean phase." 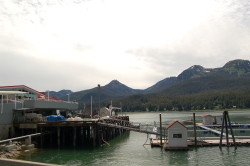 The hatchery offers a reasonably priced "mini" tour of the facility which makes for a great short educational stop.  Be forewarned though, this is a big stop with the cruise ship crowd so if you aren't coming on one of the big tour buses you may get lost in the shuffle and have to wait a bit until they can find someone to take you around.

After milling around for a good 15 minutes till they could find someone to give us a tour, we got super lucky and met our guide Liam-who happens to be the nephew of Ladd Macauley, the late founder of the Macauley Fish Hatchery also known as DIPAC (Douglas Island Pink and Chum).  According to their website, "In 1974 salmon runs reached a record low. The State of Alaska enacted legislation that allowed private non-profit hatcheries to "partner" with the state to enhance salmon resources." Since then the Macauley fish hatchery, which is part of system of hatcheries throughout the state has helped restore the wild salmon populations. 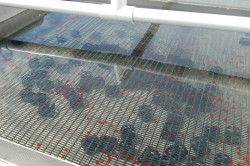 On our tour, we learned about how the eggs and milt are harvested and incubated.  Once the the eggs hatch, the "fry" are raised in tanks till they get big enough to be released into larger pens in the fresh water so they get "imprinted"-a process that takes place in the salmon's body whereas it recognizes where it was born and after life in the ocean returns to the very same spot to spawn before dying completing it's life cycle.  Once that process takes place, the salmon are then released into the river where they make their way out to the ocean. The salmon hatched here return towards the end of their life cycle swimming up against the current and up "fish ladders" (which mimic natural waterfalls) until they reach their final destination so their eggs and milt can be harvested again. 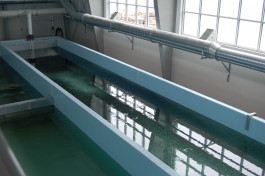 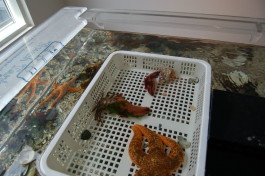 Inside the hatchery, there is also a huge aquarium where you can see various salmon in addition to other sea creatures.  There is also a touch tank and a gift shop.  It's a quick stop but a great place to learn about the life cycle of salmon, one of Alaska's greatest resources. 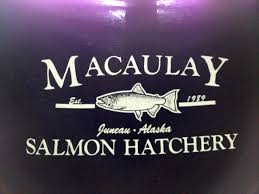