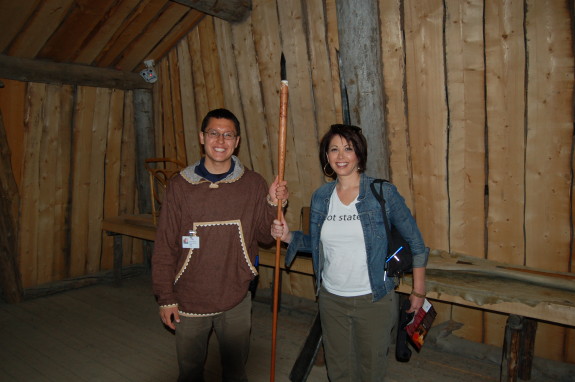 As I planned our trip to Alaska, one of our main goals was to learn more about the native peoples-their history, their culture and their relationship with the land, surviving brutal winters in sub freezing temperatures. As we arrived in Anchorage we couldn't wait to explore the Alaska Native Heritage Center, a wonderful experiential museum that is a great introduction to all the native villages. Living in Alaska is more than just dressing in furs parkas and mittens and coming here and learning from young natives taught us just how much. 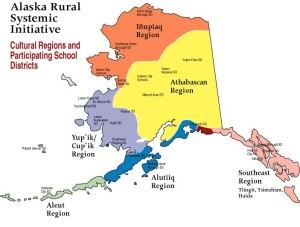 I had no idea that Alaska is culturally divided into 5 regions and while there are many similarities between the native cultures in each area, they are vastly different.  What I loved about visiting here was the dual message- there are ways to draw connections and universal ideas about the native peoples, but each has their own unique culture, customs and traditions based on their location and connection to the land. 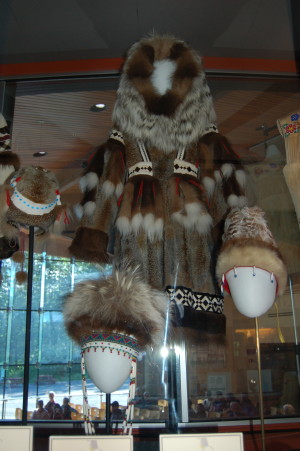 In the main building we discovered wonderful museum like displays in The Hall of Cultures.  There is also a gathering area in the center of the building where presentations take place-teaching visitors about traditions, crafts, hunting practices as well as cultural performances of native dances and storytelling.  Walking around, I was completely enamored by the beautiful parkas in various designs.  They were so gorgeous in luscious animal furs, but more than their beauty what stood out to me, what that these garments were made for survival not vanity and that surely every part of the animal whose hide was part of those coats was used to sustain the people who took it's life.

Desperate to know more, we wandered outside to find an array of villages surrounding a central lake each representing the different region and the culture of the native people who reside there. We visited an Athabascan cabin representing those who live in the northern interior. We learned out their lifestyle, and their arts, most notably their beading. Moving to the Inupiaq and Yupik cultures we learned that these villages of the far north make their homes underground to protect them against the severe cold and from large predators like polar bears. 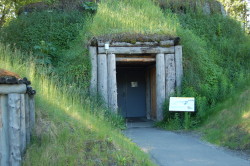 We met a young Inupiat who's native name translated as "one who laughs".  Funny enough, that is what my son Isaac's name translates to from biblical Hebrew to English.  Two different cultures sharing the same name. Our guide told us about what life was like for the Inupiat hunting whale and avoiding attacks by polar bears.  Did you know that the Inupiat use the intestines of the sea lion to make a waterproof coat that they wear to go hunting out at sea? We learned about the importance of the whale in their culture and how they pass the time when the weather is too harsh to go outside-by carving, practicing hunting techniques and playing games to sharpen their physical and mental skills. 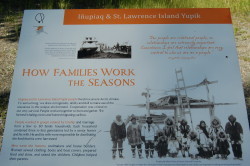 learning how families work together to survive

We also learned about the Subpiaq and the Cup'ik and traced their similarities and differences.  Lastly we learned about the T'lingit and Tsimshian who occupy the area around Juneau and the inside passage. They are very well known for their totem poles and beautiful wood carvings since they live in an area where spruce pine is in abundance.  We learned about the Eagle and the Raven clans and how they intermarry to promote harmony between the groups.

Completing our circle we made our way back to the main complex.  Thinking about our experience at the Alaska Native Heritage Center I couldn't help but be reminded of our visit to the Polynesian Cultural Center in Hawaii.  Both centers serve to teach the young generations about their heritage so that they in turn can serve as guides educating the rest of us about their culture.  This is a great place to take advantage of being able to move at your own pace while learning and being exposed to real native Alaskans who are eager to tell you about who they are.  It's a Do Not Miss!!! 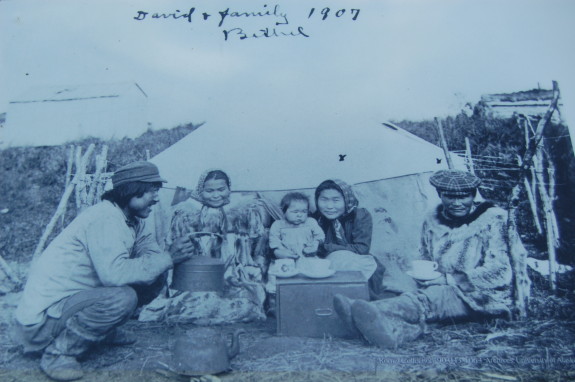