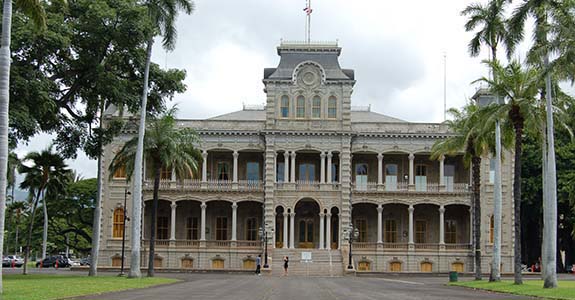 The Iolani Palace was the was the last home of the Hawaiian monarchy and while it is quite beautiful it has a sad and painful history. This is where Hawaii’s last remaining monarch, Queen Liliokalani was held captive under house arrest while her kingdom was seized and eventually annexed by the United States. As wealthy American businessmen gained more power and wealth in the islands (think pineapple and sugarcane—Dole, C & H…do these brands ring a bell?), they demanded more say in the government and insisted that the monarchy create a governing council. The businessmen plied the royal family with cash and gifts, and in the end their land and their life as they knew it was wrested away from them. It ended in a dramatic standoff in which the Queen was held under house arrest until she abdicated the throne completely. 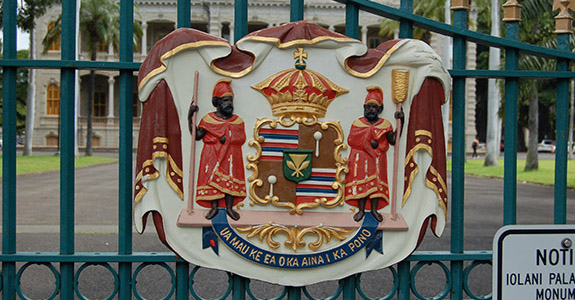 We toured this magnificent building with its distinct European influence and I just felt sadness.  I imagined the heirs to throne of King Kamehameha who built this palace and lived here trying to emulate a culture so foreign to their own.  Leaving behind their traditional royal garb to dress like European royalty and trading their island ways and traditions to live like American robber barons. On the grounds of the palace stands the remaining King Kamehameha statue . I don’t think this great and powerful king who united all the Hawaiian islands under his leadership could ever have imagined what would become of his kingdom. While the palace is a gorgeous building, touring it just made me incredibly sad, feeling as if the proud heritage of the Hawaiian people had been drowned here.

Believe it or not, there is a small movement to liberate the Hawaiian Islands, but I doubt it will get anywhere. For an amazing dose of Hawaiian history, this is a DO NOT MISS! 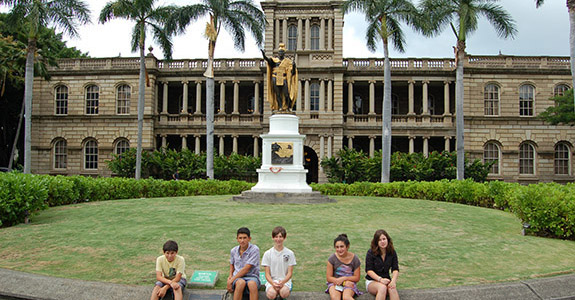