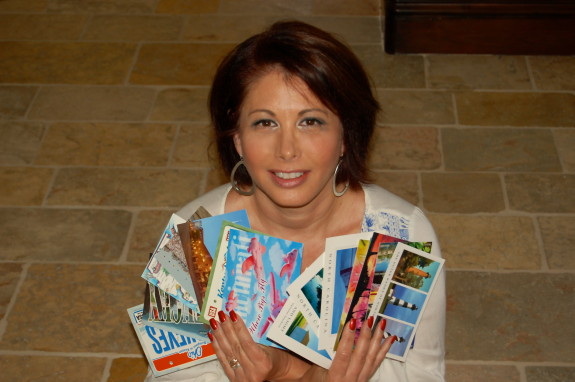 I have some awesome readers that bring some really great ideas to my attention and sometimes I just have to share them. One such idea came from Nancy Hayes, a reader and travel enthusiast from who enjoys collecting postcards. Though I like to take my own pictures, I'll often buy postcards on a trip because they are so beautiful and they are a great souvenir that's inexpensive and easy to carry home-in fact going through my drawers at home, I realized I already had quite a collection. What I didn't know is there is a whole world of collectors out there who trade cards around the globe. 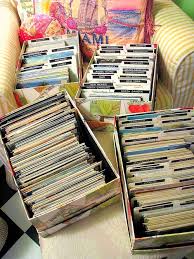 Nancy had never heard the word ‘deltiology’ until she became a serious postcard trader and collector years later-"deltiology" is the study and collection of postcards. Corresponding with pen pals around the world, she suggested everyone add a few postcards with their letters. From the desire to see places she could only imagine visiting, a hobby was born-one that's been keeping her busy for the last 24 years.

Her hobby really took off when she learned about FB's-not Facebook, but Friendship Books–which contained the names, addresses and what each person liked to trade. It was very interesting to see where the FBs had been before she received them and then sent them on their way to another pen pal. As she began trading in earnest, Nancy found out that there are so many ways folks collect cards and some have very specific preferences. 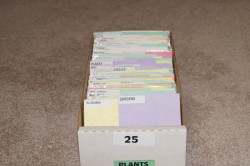 one of the many boxes from Nancy's collection

Some people like to trade postcards that are ‘written & stamped’ meaning there’s a message on the postcard that someone has written or typed along with a postage stamp and the postcard was sent through the mail system without an envelope. Others like to send and receive only brand new and blank postcards inside an envelope; others like to send and receive both kinds; it’s just a matter of communicating with your trading partner what he/she likes, dislikes, how many cards to trade and so on.  Nancy likes them all, especially if they have cool stamps on them which helps her stamp collecting hobby too!

Postcards come in a variety of sizes: 3x5/standard size & 4x6/continental size/modern are the most popular sizes. Anything larger than 4x6 is considered ‘oversized’ and most people don’t collect these due to not having sufficient space to store them. Size 3x5 postcards are usually the most collectible since this size has been around the longest, since the 1800s. But being collectible depends on their condition with no damage; if the postcard is rare and one of only a few that were originally printed; the age of the postcard, the topic of the postcard and other factors. Some people collect only one topic, while others are general collectors such as Nancy who collect just about all topics and others collect only a few topics ... who knew? 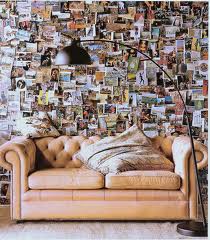 I asked Nancy if she has a favorite postcard but of course she gave me a typical collector's answer "I have too many favorites to name just one", but her favorite topic to collect is air views of islands.

Postcards can be found for sale in tons of places from souvenir shops to gas stations. For the serious collector, there are post card dealers and shows. Most postcards will be 4x6 and will range in price from 10 cents on up; average price per postcard is 20 to 25 cents-which pretty reasonable. I bought some postcards in Barrow, Alaska that I thought would be pretty cool to send to my family back home-those were $2.50-but of course everything is super expensive in Barrow, at the top of the world. I've even sent little wooden surfboard postcards from Hawaii.  There definitely are some pretty unique and cool ones out there. The collectible 3x5 antique/vintage postcards are much more expensive and are found in antique shops and online.

If you want a hobby that’s fun, interesting, educational and a great way to meet new friends, consider collecting postcards. After all these years Nancy is still very much addicted to this armchair-traveling hobby! It sounds like fun! I might just have to start a postcard collection of my own ...