There are a few foods that scream iconic New York and one of those is the pastrami sandwich. While there are numerous deli's on the island of Manhattan, none are more famous than Katz's Deli. And so of course it was on our list of must try's. 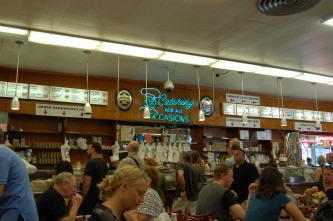 Located on the lower east side, the bastion of deli cuisine is always packed. You can't make a reservation, you just walk in, get a ticket and either wait for a table to sit down where you can place your order with a waiter or take your chances at the counter, get your food and then find a table. Either way it's a bit of a madhouse.  I'm not one for elbowing my way to the front and shouting my order hoping to G-d I get what I asked for so we opted to wait for a table which lucky for us wasn't too long of a wait. 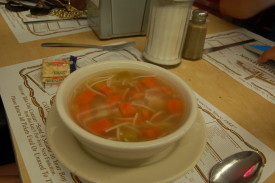 We got the basics, chicken soup, pastrami on rye, some pickles and french fries. Now I will say my brood and I fancy ourselves pretty decent food critics. While the praise for Katz's pastrami is deafening....we weren't impressed at all. The meat was sliced thick and was super fatty. Some folks love that as fat equals flavor, but not my crew. We gave it about a 6 or 7 (and just in case you're wondering, the best pastrami sandwich we ever ate was at Langer's in downtown Los Angeles). Maybe we didn't order it the right way, maybe we should have asked for it sliced thin and lean. The soup and the pickles though were super delish and got a big thumbs up. 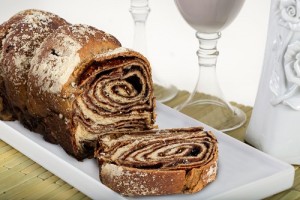 Now if you really want a treat....get some of the babka.  What's a babka you ask? It's a cake made of a yeast dough with tons of chocolate or nuts rolled into tiny layers and baked into a loaf.  It is ridiculously good. FYI, it's made by a bakery named Green's but Katz's sells it under it's own label. It will make you "swoon" like Meg Ryan in that famous scene from "When Harry Met Sally" which just happened to be filmed at one of the center tables. Bon Appetite! 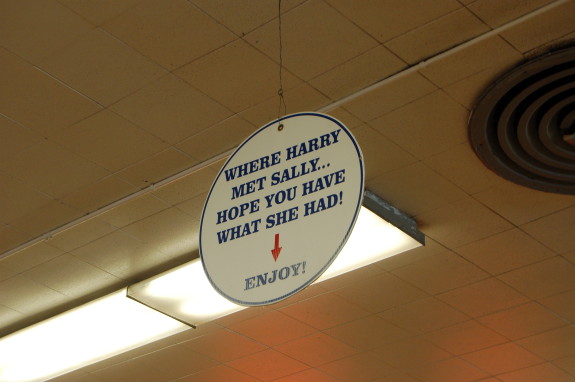