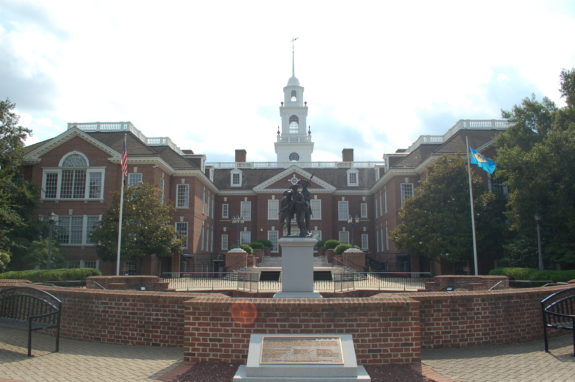 Did you know Delaware was the first state in the union? I didn't until we arrived at the First State Heritage Park in Dover. Sadly on our late arrival on a Friday afternoon on 4th of July weekend, all was closed so I cannot give you a first hand account of what is inside of the various buildings. I was so upset because the visitor center looked super cool and there were lots of other historic buildings I really wanted to check out. 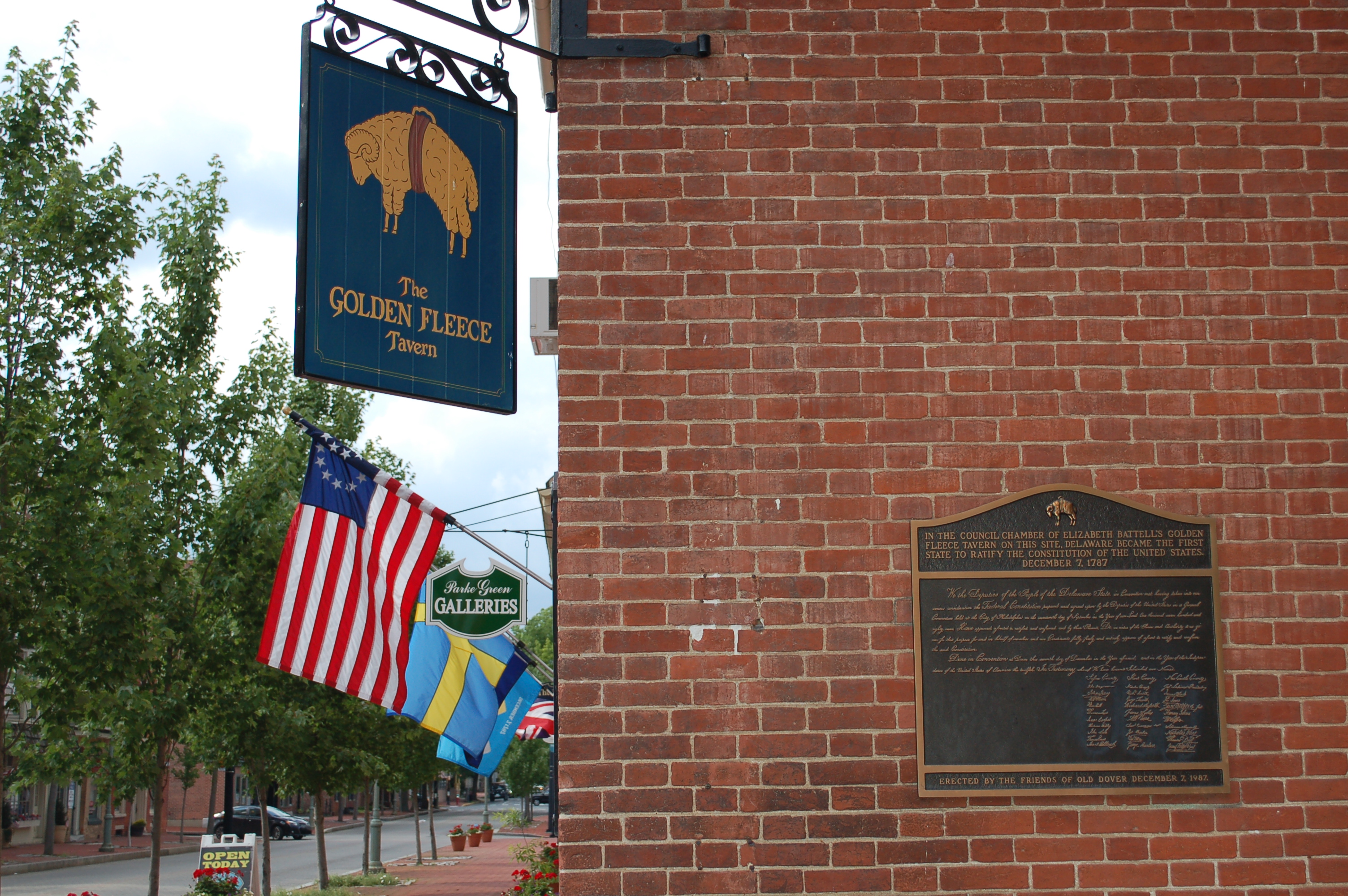 If you do go, I would definitely check out the visitor center and the statehouse for starters. There are a few other museums and it's a very cute place to walk around if you have the time and explore some truly historic structures.  Make sure you check the original location of the Golden Fleece Tavern the true birthplace of America's first state.

According to the Delaware Public Archives:

"This was the site of the Golden Fleece Tavern, scene of some of the most important and dramatic events in Delaware history. Built in the 1730s, the Golden Fleece was a center for community and government activities. It was a place of great importance during the American Revolution and the early years of our Nation’s Independence. Also known as Battell’s Tavern, it hosted the meetings of the Committee of Inspection and Observation, and was a vital point for the exchange of wartime communications. With the transfer of state government from New Castle to Dover in 1777, the Golden Fleece became the meeting place of the Assembly’s Upper House, the Legislative Council. It was the home of that body until a State House was completed in 1791. In September 1787, a new framework for our Nation’s government was sent to the states for consideration. Thirty delegates were elected to meet and review the document. The meeting was convened here on December 3. Approval was unanimous, and on December 7, 1787, Delaware became the first state to ratify the Federal Constitution. A fitting climax to its role as Delaware’s “Capitol Tavern” occurred in January 1790, when the Council met to approve the Bill of Rights. The Golden Fleece was demolished circa 1830, and replaced by the Capitol Hotel. The hotel was closed in the 1920s, and renovated to its present appearance by Henry and Mabel Lloyd Ridgely. 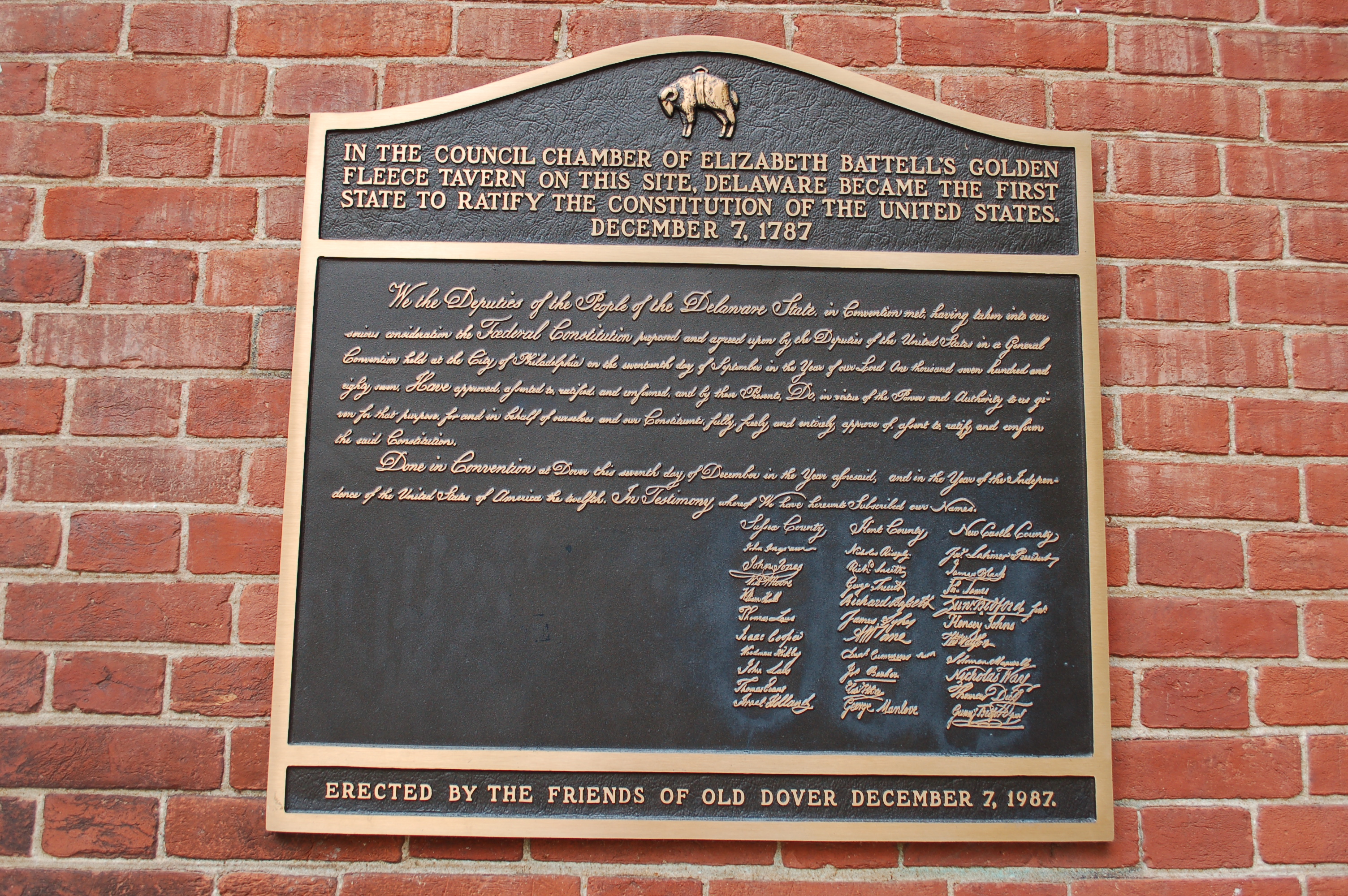