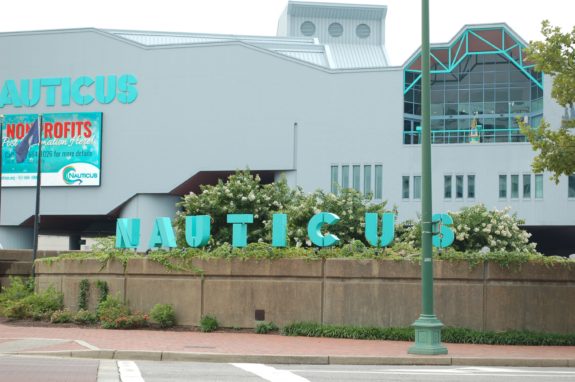 Sometimes the best things are discovered on a rainy day when other plans get canceled.  We were so pumped to kayak in and around the Eastern Virginia National Wildlife Refuge but sadly a huge storm blew in and our guide just didn't think it would be good idea with the wind and the high tide. Sad but still hopeful for another cool experience we set forth with plan B, to head to Norfolk and check out the educational and super fun Nauticus museum and get an up close view aboard the Battleship USS Wisconsin. I guess everyone had the same idea for a rainy day activity that July 4th because the place was packed. 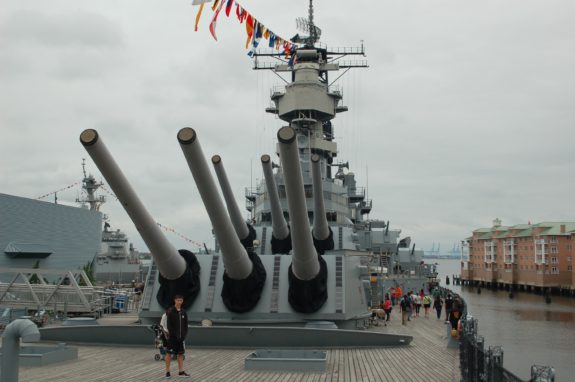 We've all seen big battleships in pictures and on tv, but nothing compares to actually going on board and getting up close and personal with those big guns. What's also hard to wrap your head around is how something so enormous and heavy floats on the water (but that's a good thing because you will learn exactly why that happens when you explore inside the museum). The USS Wisconsin saw battle in the Pacific during WWII. She also was used during the Korean War and decommission thereafter.  After getting a bit of a makeover, she saw battle during the Gulf War. In fact if you look, you can see some markings of the different battles on her sides.

Heading inside, Nauticus covers the gamut from everything about boating to marine life and conservation. We learned how to tie various nautical knots and how to spell our names in nautical flags. We learned about the physics of various parts of boats as well as marine protocol and the history of the navy. It was all fascinating stuff because it's stuff we don't typically think about. Joel got to sit in the captains chair and imagine himself commanding from the deck. Of all my kids, he is the most fascinated with all things military. 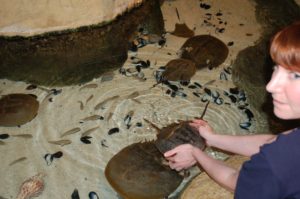 What I really loved about this museum was it was sophisticated enough for adults to really engage but it was also interesting enough and accessible for kids to enjoy themselves while learning. There is even a small touch tank with horseshoe crabs and other creatures you can touch. Norfolk is the perfect place for this museum because it is also home to the largest Navy base in the world, Naval Station Norfolk, and one of NATO's two Strategic Command headquarters. 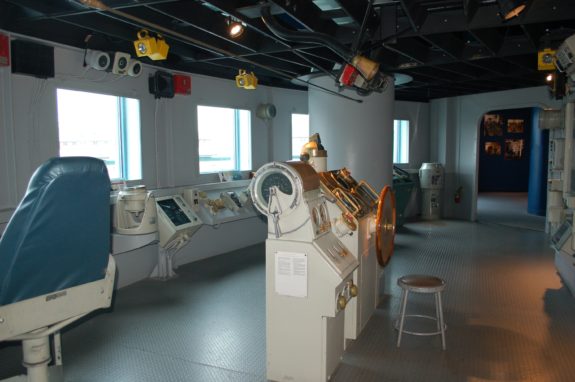