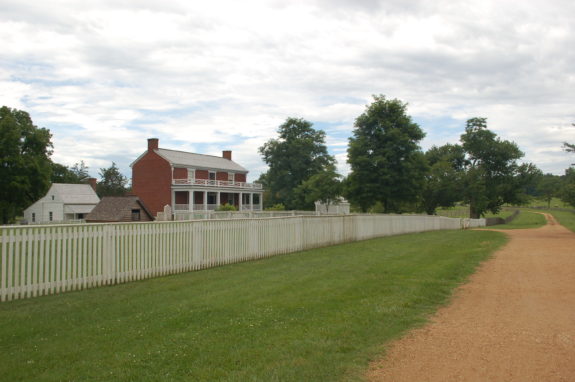 It never ceases to amaze me how awestruck my kids are when we visit places where historical events that shaped our nation have taken place. Its surreal for them and I must confess it is equally so for me as well. Appomattox Courthouse National Historical Park was one of those places where our minds were truly blown. It's a bit off the beaten track, but if you are headed to Monticello it's well worth the trek to check out where the Civil War ended, where the Confederates led by General Robert E. Lee surrendered. 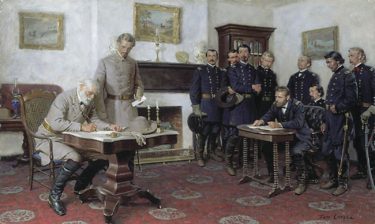 The best place to start is the Visitor Center where park rangers will give you a brief overview and tell you what to see and hand you a map. Feel free to ask any questions. The rangers love to answer them to help you understand the importance of the stuff you'll see. Per our ranger's advice, my kids and I headed into the small museum which gives you a basic history of the civil war but then goes into detail about the surrender and the official ending to what is undoubtedly the bloodiest chapter in our nation's history. One things my kids and I found particularly interesting was the display that showed the order of the battles that led to the ultimate surrender. On a large board with blue and red lights the battles's were highlighted in chronological order. Watching the flow of the fighting on the board, it was clear to see how Lee's Confederate troops were ultimately surrounded and had no choice but to surrender to General Ulysses S. Grant, making clear the significance of the Battle of Gettysburg as the turning point of the war.

Artifacts always fascinate us so it's no surprise we were blown away to see the actual desk where the surrender was signed. The actual chairs are in the Smithsonian in Washington DC. But there were a few other things that were equally mesmerizing. The surrender was signed in the living room of the McClean family's home. The family was shooed out but one of the kids had left their rag doll in the room. Afterwards, Grant and his men had named it the "silent witness". The actual doll is on site in the museum and it really wowed me to see it along with the pen and inkwell that was used to sign. A true witness to history indeed! 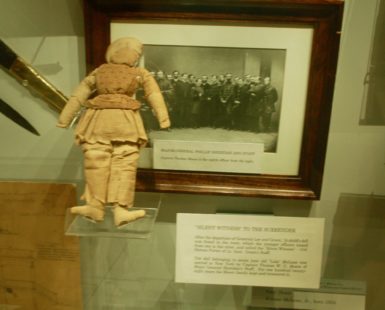 What I love most about these smaller museums is that they focus on one particular event and therefore are able to go into depth with personal stories, artifacts and eyewitness accounts. For example, did you know that General Robert E. Lee changed into a fresh new uniform and all his regalia before making his way toward the McLean home? He was a very proud man even upon his surrender. General Grant on the other hand found no need to "freshen up" and chose to meet General Lee in his muddy boots.

Once we soaked up the story at the museum (which I believe is in the actual former courthouse for which Appomattox Courthouse is named), we headed out to the McClean home, to be our own witness to history. Walking into the home it was easy to imagine the scene.  You cannot enter the living room but you can easily see where it all took place.  There are replica furniture pieces. You can explore the rest of the house and learn about the McLean family if you so desire.  Instead we headed out to see the printing press. What did it print you ask? Once 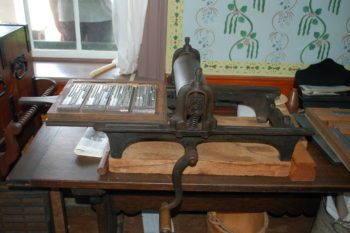 the surrender documents were signed Parole Passes were issued to Lee's troops to show that those Confederate soldiers were paroled prisoners of war with the right to travel home. These passes assisted the former Confederates in many ways during their trips home. Many of the passes survived because they became cherished tangible evidence that the bearer had been among the steadfast at Appomattox. The rangers will even print one on a replica press for you to take home if you ask. It makes a fabulous (and free!) souvenir.

If you are anywhere remotely near Appomattox Courthouse National Historical Park you owe it to yourself to be your own witness to history. It's a DO NOT MISS!! And one last thing, make sure you check out the small but awesome gift shop.