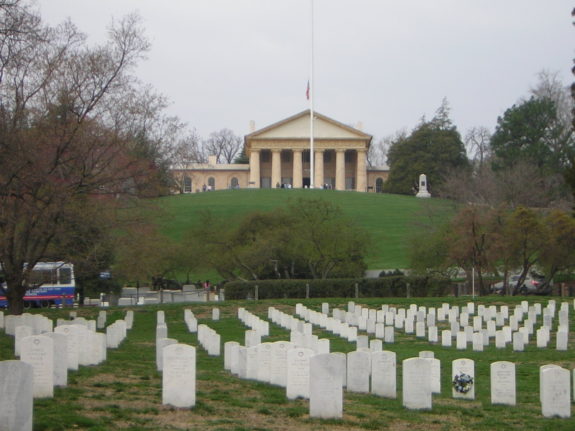 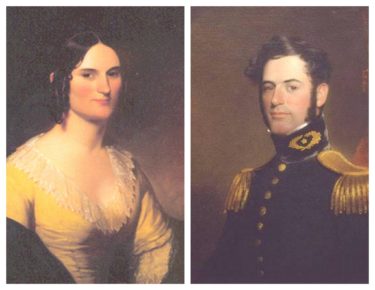 If you are planning to visit Arlington, you are most likely going to follow the signs from Arlington National Cemetery that lead up to the house on the hill with the extraordinary view. If you visit during the summer like we did, your are likely to experience some extreme heat and humidity, so the chance to get into some shade indoors will feel like a welcome break. Arlington House is the former home of General Robert E. Lee , commander of the Confederate forces in the Civil War and his wife Mary Custis Lee. Now you might wonder how is it that his home overlooks Arlington National Cemetery.... 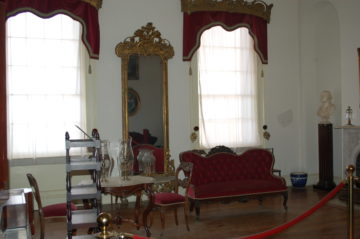 Before I get to that though let me tell you about the home. At first look it's a striking structure with huge columns some say modeled after a Greek temple.  Walking through its easy to imagine the Lee's living here given the portraits and the period furnishings (not my taste, but hey, that's what was in style at the time).  Most are not original as much of the Lee's home was looted when it was taken. As you wander ask the National Park rangers to give you a little background. That's their job! They are great sources of information to fill in the details of the story. Check out the gardens and then make your way to the front of the estate to take in the majestic view. Right in front of the house you will see an elaborate grave.  Nope, it's not General Lee or his wife buried there, it is the grave of Pierre Charles L’Enfant, the man who designed the city of Washington in 1791-1792.

So back to how the Lee's estate became Arlington National Cemetery....When Virginia decided to side with the secessionist movement and join the Confederacy after the start of the Civil War at Fort Sumter, Union soldiers were sent in to take Lee's estate which was strategically located possessing a commanding view of the Potomac and the area surrounding the nation's capitol. While General Lee went off to battle, his wife Mary Custis Lee (the great granddaughter of George Washington by the way) abandoned their estate. One way the Union was able to seize lots of property was to assess a tax that needed to be paid.  Many of those fleeing were not around to pay the tax and therefore lost their properties.  Mary Custis Lee sent a relative to pay the tax.  Hell bent on seizing the property, the tax collectors insisted they could only accept payment from her since it was her property and since she was not present they declared the Lee's in default and named the federal government the new owner.

Many people, the Lee's included, believed the property to have been stolen from them. Knowing full well that General Lee was commanding the Confederate army, the Union brass decided to use the 1100 acre estate to bury their war dead....their message to General Lee was loud and clear in its spitefulness. After the war, the Lees disputed the appropriation of their estate by the Federal government and after years of legal wrangling they finally accepted an offer of $150,000 for the property. No matter the sum surely it could not replace the heartbreak of losing their beloved home.. FYI General Robert E. Lee is actually buried in Lexington Virginia where he became president of Washington College. 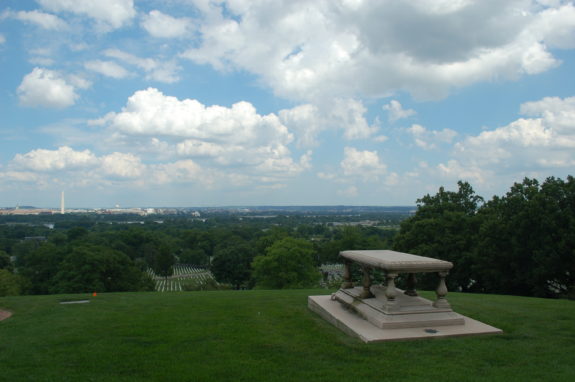