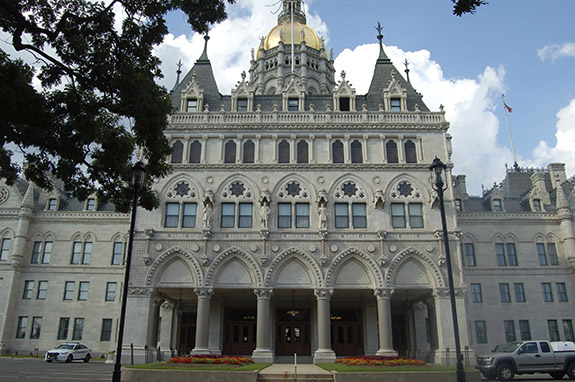 While most state capitol building mimic our nations's capitol with the traditional dome, occasionally some dare to be different.  The Connecticut State Capitol Building is one of those that breaks tradition with it's unique and original architecture.  It's kind of hard to describe, but I'd say it seemed like a cathedral crossed with a bavarian castle. 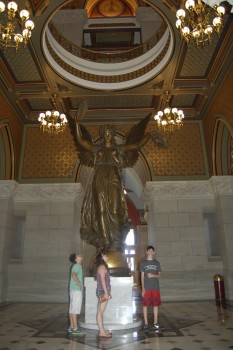 Inside there are tons of bronze sculptures, some pretty enormous of dancing angelic women which dominate the halls.  What's most most unique about this state house are the most original and eclectic collection of artifacts we'd ever seen.  Joel was drawn to a cot that popped out of a trunk.  Upon reading the inscription, he learned it had belonged to the Marquis De Lafayette-the French officer who'd served with the Americans in the revolutionary war and who was a great friend of George Washington.  Joel had just read about him in 8th grade US History class and was fascinated.  Again, had Joel not read the story on the plaque we'd have just quickly passed it by. 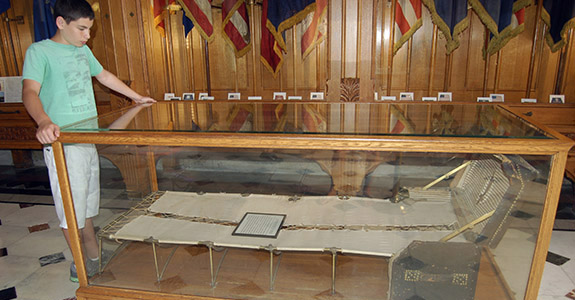 Most moving though hidden behind a corner at the rear exit of the building was a tree trunk with metal balls embedded in it. Reading about this tree trunk, we found out that it had come from the Gettysburg battle field and was installed in the state capitol building to serve as a reminder to the people of Connecticut of the bloody battle that nearly pulled this nation apart.  In the tree were 5 unexploded shells and 1 grenade.  You only need to look at this tree to imagine the battle and the bullets, shells and grenades flying everywhere.  Who touched this tree, who died next to it we wondered.  This again, seemed like another time capsule of events frozen in time and space right here in front of us.  We've all seen movies or read about the civil war in our history books. but here stood a testament to the battle for real.  If you visit, I urge you to search and find this tree trunk and take a few moments to discuss what it must have been like at the bloody battle of Gettysburg. 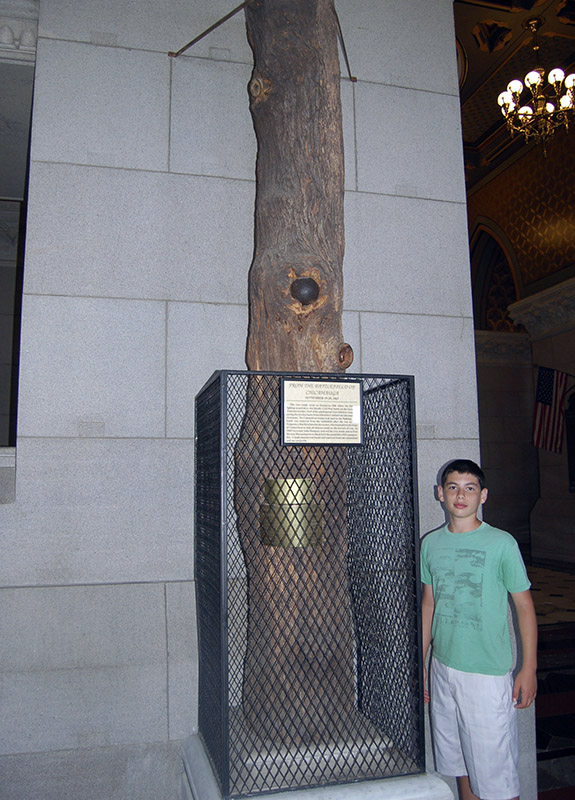