An absolute must if you are in Boston! 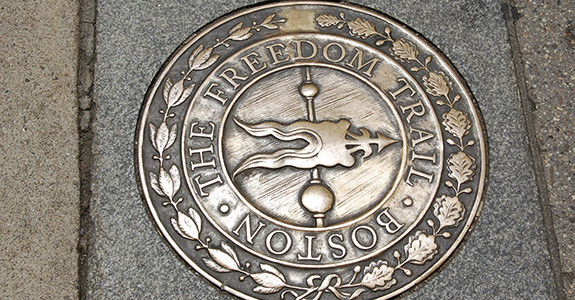 The Freedom Trail is a path that you follow that’s marked by 2 rows of red bricks or a red line in the sidewalk or street that will lead you to the sites in Boston associated with the Revolution. You can get a map/guide at the Massachusetts capitol building. If you do the entire thing it is 2.5 miles and includes 17 historic places to see-some of which are free and others charge admission. Each stop on the trail is marked by a Freedom Trail marker in the sidwalk.  These are the sites I think are a DO NOT MISS 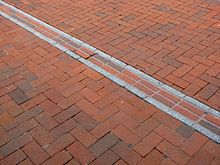 Besides Boston Common, and the Massachusetts State House

The Old Granary Burying Ground
I insisted my kids go in with me and pay our respects. These are hugely important historical figures-John Hancock, Paul Revere and Sam Adams, but it’s important to realize these grave markers aren’t just stone “statues.” These were real people and they are buried here-great and honorable men who’s passion and bravery allow you to live free today. Call me weird, but I like cemeteries. I always get a loving comfortable feeling when I go. Like a hug from the great beyond… The Old Statehouse
The original statehouse is now turned into an amazing museum with spectacular artifacts, like a vial of tea from the Boston Tea Party and John Hancock’s jacket and waistcoat (he was a pretty snappy dresser and bold character just like his signature of the Declaration of Independence). There's also a pretty awesome gift shop too-really, isn’t that the mark of a good museum???. Learn all about the events that led the colonists to be fed up, enough to rebel and fight for their independence. This museum charges admission but it’s not that much and definitely worth it. Take the time to read the displays (as much as you can till everyone starts whining), they are really informative and explain the details of the artifacts. The collection is mind boggling so much so that my kids had a hard time wrapping their head around the fact that this stuff was the real deal! 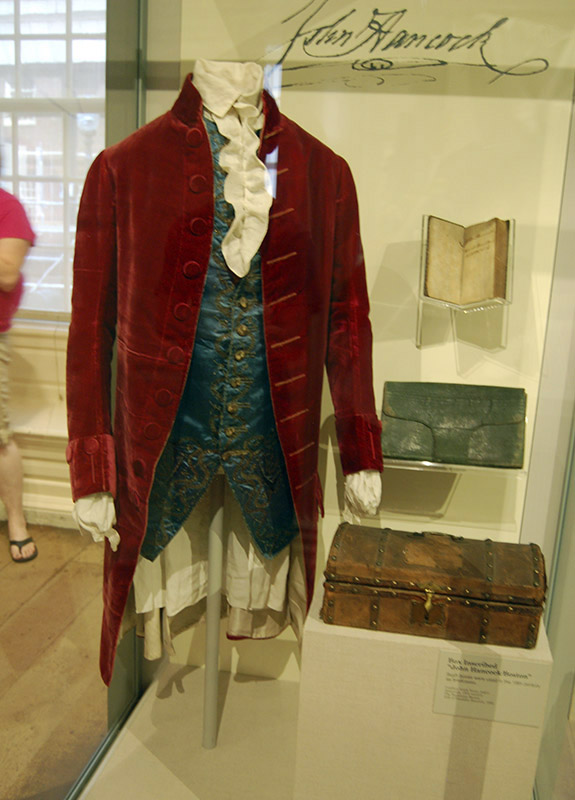 Faneuil Hall
A beautiful old meeting house. Behind the building check out the marketplace filled with shops, kiosks and tons of stalls and restaurants where you can get just about anything to eat. A great place to take a break and sample some of the local fare. We happened to get a bite at Cheers restaurant. Burgers, sandwiches and the like. Edible, but we weren’t wowed. To be honest, we were just happy to get a seat under a fan in the ridiculous humidity. 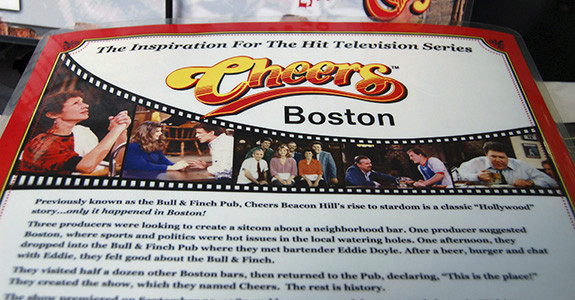 Paul Revere’s home
See where one of the main characters of the revolution lived with his family. Learn about his life and the history of the home which was built about 100 years before the Revere family moved in. I think I would have liked to know Paul Revere-he seemed like just an awesome guy, brave, daring, artistic, an entrepreneur….my kind of man.  As you wander through the house, imagine what like what like during this time period, how was it different than yours today?  How was it the same? 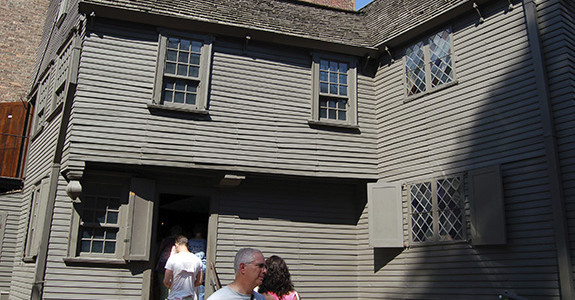 Old North Church
The was my personal favorite stop on the Freedom Trail. This is the church where many of the luminaries of the revolution would gather to discuss their plans in addition to it being a house of worship. This is one of those places I just had to pinch myself as I just could not imagine I was sitting here, so close to history that I could touch it. Enter the church and you are urged to sit in one of the pews. Learn why they are built the way they are and if you are lucky you will find one with a plaque inside honoring someone special who sat there. As luck would have it, I picked a pew that President Teddy Roosevelt sat in, in 1912. Teddy Roosevelt is my all time favorite president. Pretty crazy!!!!. This is also the church where the lanterns were hung to signal the riders if the British (or Regulars as they were called) coming by land or by sea. It was just beyond incredible to see these places and not just read about them in a book. Makes you realize how real, dangerous and daring our history really is and how brave these rebellious souls really were. Do take the time to sit and listen to the little shpiel they give, it’s really interesting. Also, be a good soul and put something in the collection box. All the money goes to the preservation of the building. I could not leave in good conscious, knowing I did not do my part to ensure the preservation of this American treasure. 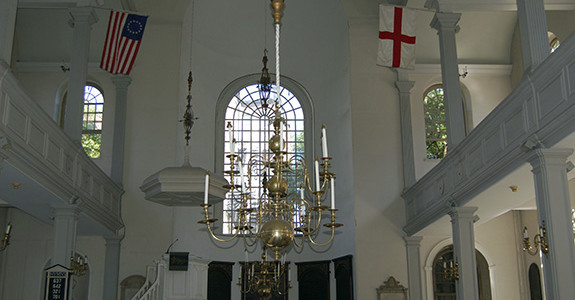 The USS Constitution (aka Old Ironsides)
The oldest warship still afloat in the world. Launched in 1797-yeah, that’s a pretty long time to stay afloat in the water. Learn it’s amazing history from the Navy men on board-in uniform. We were all amazed at the number of canons and can only imagine what life was like for these sailors aboard this warship. It's quite a walk from the previous stop on the trail so if you can make it, give yourself a pat on the back. Although we were hot and tired, Joel kept pressing us to keep on going and not "wimp out". 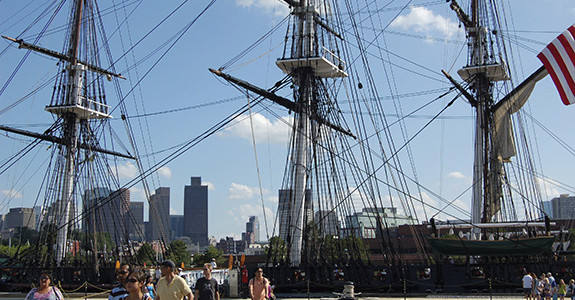 Bunker Hill
See the monument, one of the first built in the United States, that commemorates the bloody battle that took place here. Do pay your respects at the place where brave men lost their lives so you can live free. We were so knocked out from the heat and the walk, we didn’t fully take the time to appreciate it-not to mention we needed to get back to the hotel to shower and make our dinner reservations. But this is a very historic places and definitely deserves your attention if you can make the time. 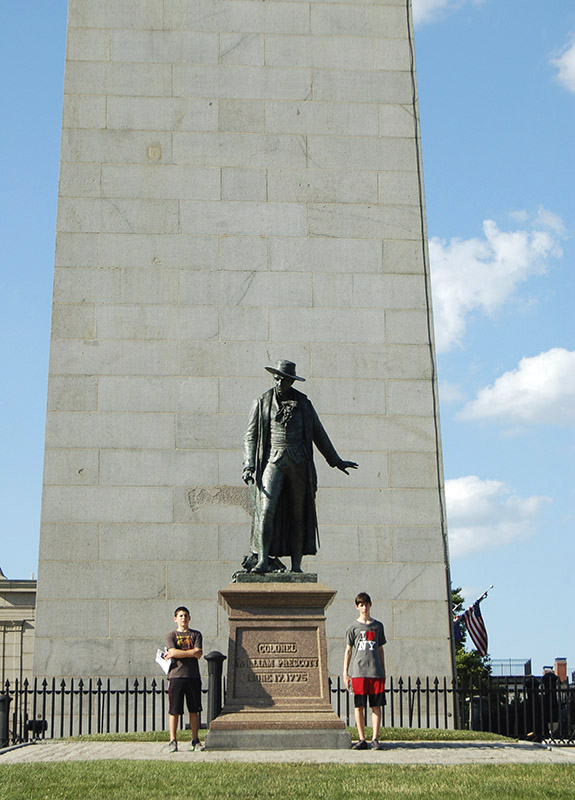