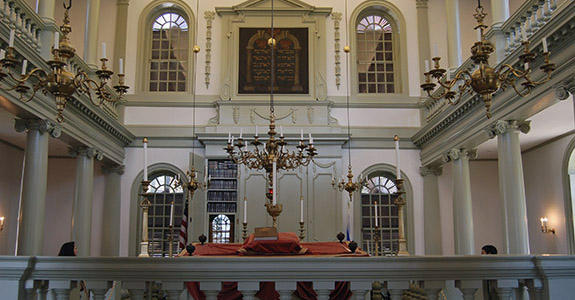 You don't have to be Jewish to find this place fascinating.  Besides being the oldest continuously active Jewish congregation in the United States, the Touro Synagogue is notable for a few other reasons.  The building is significant because it's one of the best and well preserved examples architecture of the period having been completed in 1763 and meticulously maintained ever since. Many fled persecution for religious reasons from other countries and arrived in America to live in freedom to practice their religion.  The Touro Synagogue is a testament to that freedom and to the spirit of tolerance which is part of the charter by which Rhode Island was founded. 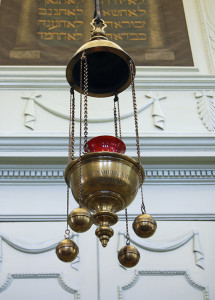 First stop on the tour is the Loeb visitor center (the Loeb family being descendants for the Touro family for whom the synagogue is named).  Watch the movie and then wander around and see the displays that tell the story of the original Jewish community and their place and contributions to the Rhode Island colony.  We were just amazed to find out that the Jews who made up the congregation came to Rhode Island from Barbados (after fleeing Europe and South America) because of the separation of church and state which was a hallmark and source of great pride in the colony.  What we found most fascinating was the letter from George Washington written in response to the congregation's question about whether the newly established  country would tolerate Jews and allow religious freedom.  The letter is the first "on the record" statement about freedom of religion in the newly formed United States of America. 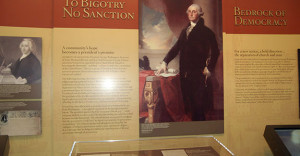 Go inside the synagogue, and look around.  It reminded of me and my kids of the North Church.  You can see where George Washington sat when he attended services as a guest.  It feels like a time capsule of the past and yet if functions today as it did  250 years ago.