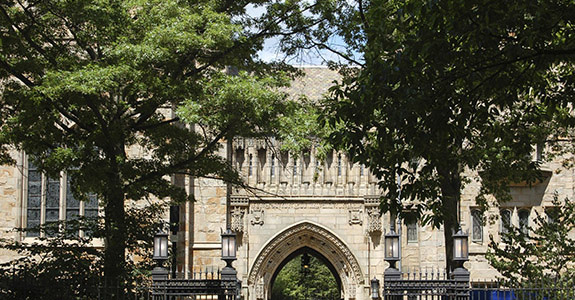 What a thrill it was to stand on the Yale campus  or as my daughter Lilia likes to refer to it as “the 3rd university on the college tour of schools guaranteed to reject me”. As we arrived  I wasn’t sure if I was at Yale or the set of the latest Harry Potter movie, the architecture is just magical. As we passed one of the dorm buildings or a “college” as it’s called, we could imagine passageways, known only to those in secret societies like the Skull and Bones. This campus was my personal favorite.  Founded in 1701 it's the 3rd oldest university in the US.  This campus is much bigger than Harvard, and I can only imagine what it must feel like to attend classes on campus.  Lilia actually had a friend who is a student there named Andrew, and he met us and gave us a little mini tour. On the way in the car Lilia was texting Andrew asking if he could meet us and Joel told her she was probably making the whole thing up to seem like a big shot-"Yeah right, like you really know someone who goes to Yale".  I wish I could show you the look on Joel's face when Andrew actually appeared and took us around. -Pretty funny! Andrew was kind enough to give us some of the history of Yale, and shared his personal perceptions of life on campus as a student. He took us into one of the colleges so we could experience what it was like on the inside.  Afterwards we took Andrew to lunch at a local pizza joint popular with the student body. As we bid our goodbyes, he directed us to the student store where of course we had to get the 3rd in the series of most prestigious college campuses t-shirt collection. 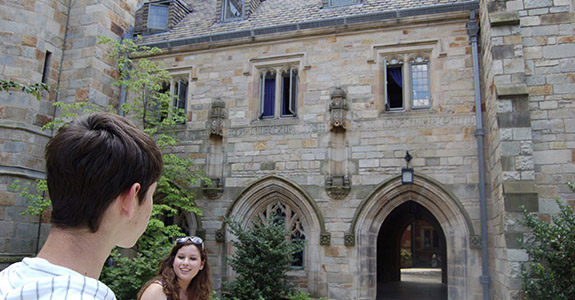