Main Menu
You are here: Home / Plan / Renters Beware: Why Even If You Have Insurance It Can Still Cost You

Renters Beware: Why Even If You Have Insurance It Can Still Cost You 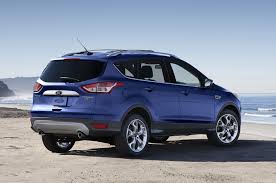 If you've been following us on here and on social media, you know we just came back from an Alaskan road trip.  Where most folks opt to do a cruise to cover a fair amount of area, we decided to buck convention and do a real road trip, flying and driving through our 50th state.  The rental cost on the two cars (one in Juneau for a day and a half and one in Anchorage that we dropped off in Fairbanks three days later) was ridiculously expensive because the taxes were about equal to the rental fees–so what a typical car might cost you to rent on a road trip, in Alaska costs double.  As I always do, I declined all the extra coverage because my Bank of America Visa covers any damage ... or so I thought. 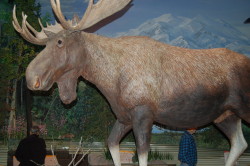 Driving through the wilds of Alaska can be a bit dicey-lots of things can happen–you can hit a moose, run over a boulder, get stuck in the mud to name just a few. Thankfully none of those things happened (although it would have been a lot more memorable). As we were driving through Fairbanks on the last day of our trip in the late afternoon (ugh, we were soooo close to getting off scot free) out of nowhere on a busy stretch of road, a tow truck suddenly pulled out of a parking space at breakneck speed right in front of us and a large metal object flew off the back and hit our car cracking the windshield. I swerved and pulled over to the side of the road and assessed the damage. Thankfully it was isolated to the drivers side and the glass hadn't shattered, but it did have a nice 7" crack in it. The tow truck driver was gone and there was nothing we could do. At that point completing a police report seemed futile so we just continued on our way. 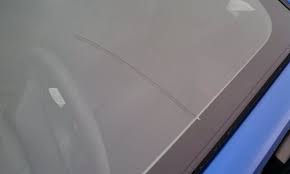 about a 7" edge crack on the driver's side

The next morning when it was time to return the car, I informed the clerk of the damage.  She had me fill out a form and told me they would be contacting me shortly.  We continued on with our trip and figured we'd wait and see what happened once we got home. About a week after we returned, I received a notice from a collector on behalf of Budget for $760 to replace the windshield! For a Ford Escape–seriously? Yikes. $360 was for the windshield replacement, $75 was for their "administrative fee" and  $325 was for two days of lost use. Ouch. I called my credit card company and they had a super easy online form to fill out. I submitted all the documents they wanted (most of which the collector sent to me) and waited. 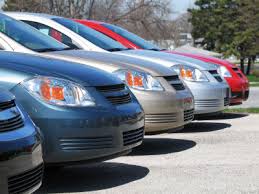 The good news is that my credit card paid $360, the cost to replace the actual glass, but they refused to pay for the administrative fees and the loss of use. Ugh! I called the collector and argued and finally settled on half of the remaining $325 so I had to come out of pocket $162.50 for something that wasn't at all my fault. Hmmm, had I taken the Loss Damage Waiver insurance offered by the rental company it probably would have cost about $9 a day for a grand total of $27-that's a lot less than $162.50. As they say ... it's always easy to be a Monday morning quarterback.

Like all things in life, car rental insurance is a gamble. In my entire travel "career" I've never damaged a car. I thought I was totally covered by my credit card but it turns out they pick and choose what they'll pay for and in the event you get caught in a situation like me, you may be partially responsible. My advice to you, is:

A) Check the insurance coverage on your credit card and find out what they'll cover and what they won't.

B) Make sure if you are using your credit card coverage that you follow all their rules for declining the other insurance options on the rental contract.

C) Think about where you'll be driving, if it's rural areas with wildlife and weather you may want to spend the money for the coverage.

None of us have a crystal ball with which to predict the future, so the best we can do is think about the possibilities, weigh the options and then make a calculated risk assessment.  The important thing is don't take anything for granted ... &%$#@ happens!