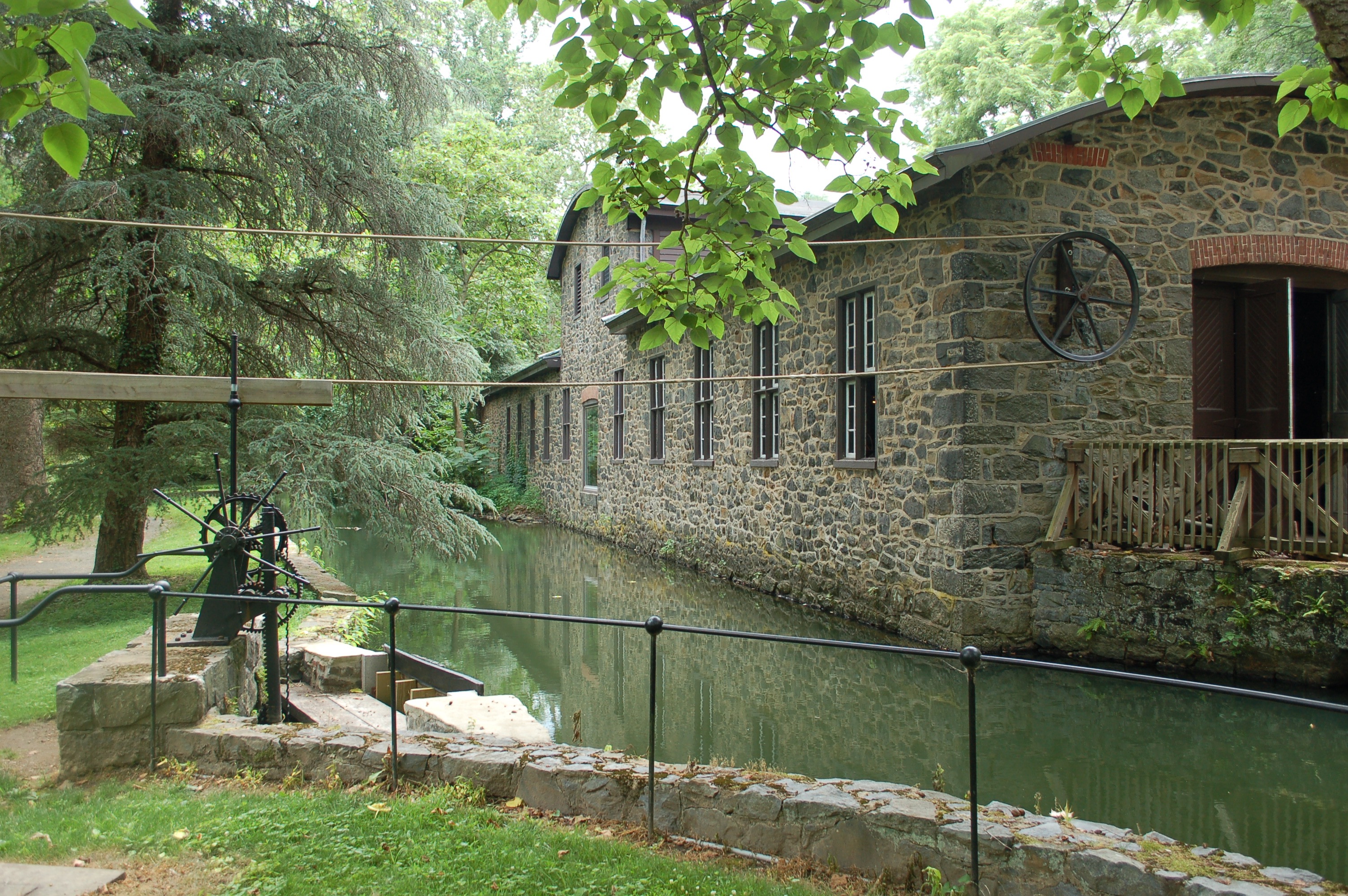 My friend and fellow 50 state enthusiast Lisa Orlanski told me that the Hagley Museum and Library was incredibly cool and not to be missed and I am so glad I took her advice and checked it out because it was indeed  fascinating not only from a historical perspective but also from a scientific, military and economic one as well. Hagley as it is commonly called is the former gunpowder (also known as black powder) factory that sits alongside the Brandywine river. It was founded in 1802 by E.I DuPont (great grandfather of H.F. DuPont who transformed Winterthur, one of the families great estates into the greatest collection of American decorative arts in the world). 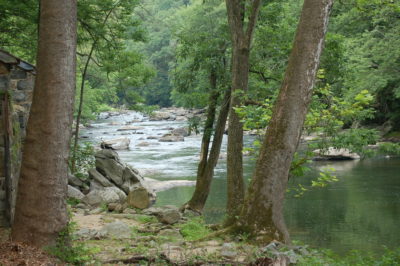 E.I DuPont chose this site because of the river's tumble over the fall line which provided power and it's proximity to the Delaware river which allowed for the delivery of sulphur and saltpeter which together with charcoal that was made on site created the explosive powder. There is no guided tour per se at Hagley but there are various stations with awesome presentations about the history and science behind the whole operation. 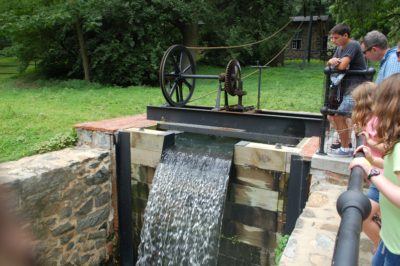 The first thing we learned about was how they harnessed the power of the river. By digging a shallow canal that runs parallel to the river, the water could be diverted to create power which would turn a turbine attached to a belt that would turn another rod in the machine shop that through another series of attached belts and gears could operate all kinds of machinery. It was fascinating to see all these machines operating without true electricity but still incredibly powerful, enough to cut through metal.

Next we learned about the science of gunpowder. The sulphur and saltpeter were first purified and then "mashed" together in the roll mill with the charcoal by these enormous heavy wheels that combined it into a paste which was then dried into powder. 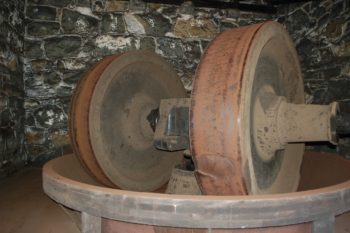 you cannot believe how big and powerful these wheels were.

DuPont black powder was well know for it's high quality and purity of it's ingredients. Working at the black powder mill was dangerous business but the DuPont family did all they could to create a safe working environment and took great care of all of their employees. After explaining the process, our guide led us to an area where she let us experience the explosive power of black powder in a small controlled area. It was fascinating and quite loud.

It's no secret the DuPont family became wealthy beyond their wildest dreams as they became a very important supplier of black powder to our young nation's military. They were skilled craftsman, and ingenious innovators. The innovating spirit continues at what is now a huge conglomerate specializing in chemical compounds known as duPont Industries. Do not miss this amazing opportunity to see and experience the early stages of one of the great American companies. 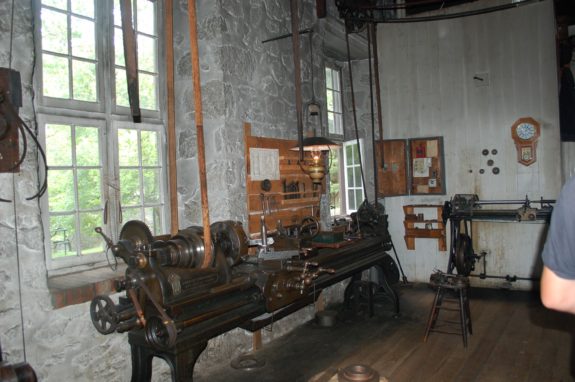