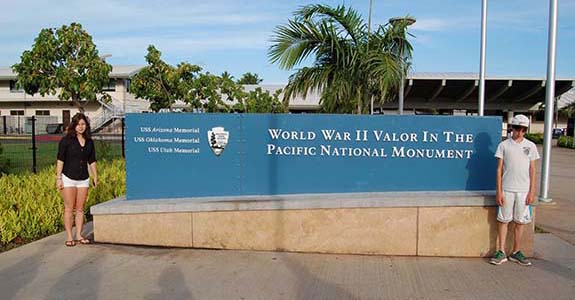 The memorial at Pearl Harbor is something I believe in my heart that  every American should see. It is a somber memorial and we all felt it was  a most moving tribute to the greatest generation, the brave men and women who fought an heroic battle against a surprise attack on December 7th, 1941, the pivotal moment in which the United States was thrust into World War II. 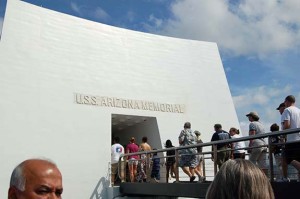 Make sure you call ahead and get your tickets in advance as the tours out to the memorial are first come first served and go very quickly.  We arrived early and took the cruise out to the memorial which is a structure that stands over the wreck of the USS Arizona.   As we arrived I told my kids that we should behave as if we are at a cemetery, with dignity and respect.  I explained to my children that we were standing above the watery grave of 1,177 sailors—some as young as 18 and 19—who lost their lives after the battleship was hit and sunk by Japanese enemy fire.  We looked at the calm and peaceful water below and observed the colorful oily residue floating to the top which still leaks from the ship's fuel supply even to this day.  Moving through the memorial we entered a small room with a  marble plaque with the names of each sailor. My kids and I observed a moment of silence and thought about those brave men and their commitment and ultimate sacrifice to serve and defend our great nation. 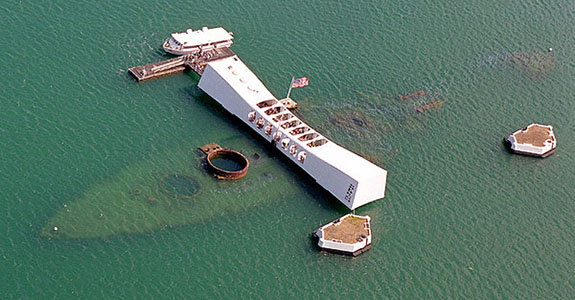 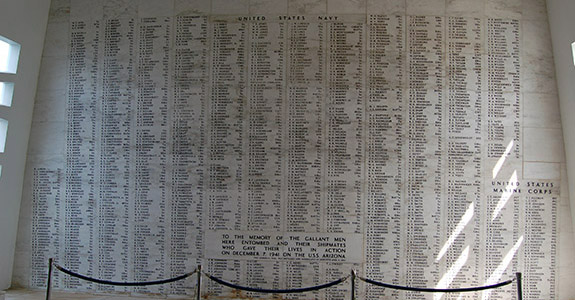 I explained to my children that my grandfather, my mother's father, Samuel, was a sailor stationed on a ship in the pacific.  We talked about what it must have been like for him as a young man, drafted into the war.  He was a sheet metal worker and therefore was assigned to the Navy where his skills could be used aboard ship.  Thankfully he made it back safe, but he had some great stories to tell  I only wish I'd taken the time to record them as they are part of our history. 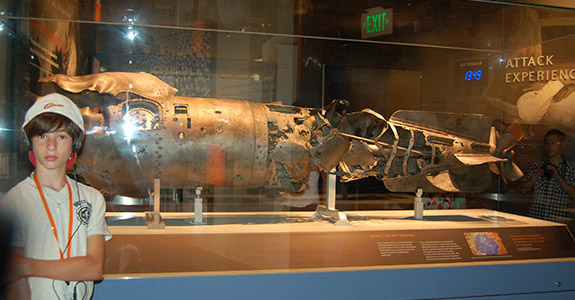 Upon our return from the memorial, we toured the phenomenal museum that covers the ensuing battle in the Pacific. There are some incredible artifacts to see.  My kids were mesmerized  watching actual footage, trying to understand what it meant to be a soldier at war.  It's a reality that is hard to imagine as it's not the fantasy we imagine in the movies or on TV.   My youngest son Joel had watched the wonderful HBO series The Pacific which is the story of some of the most horrific battles of the war in the Pacific, and  was mesmerized by the real artifacts as he put it all together in his mind taking it all in and realizing what happened here was real.  For every American, this is a DO NOT MISS! 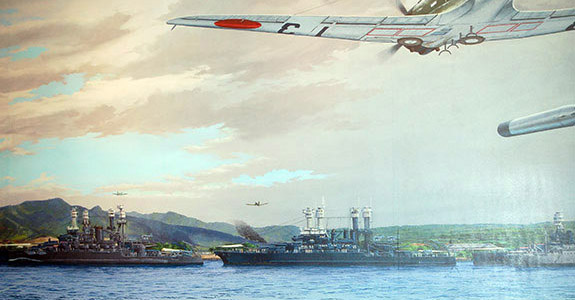