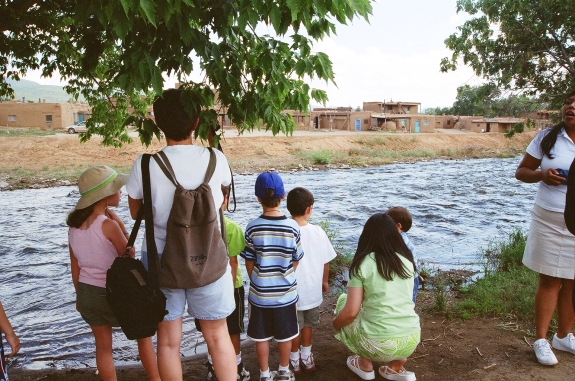 A couple weeks ago I saw a story in the Sunday Los Angeles Times that caught my eye called "A Sting In The Desert" (click here to check it out). It really grabbed my attention because it involved somewhere we'd traveled to. The story involved illegal trade in Native American Artifacts and those who search for them in the sacred grounds surrounding the Four Corners Area (where Arizona, New Mexico, Utah and Colorado intersect) which we'd visited on Trip #4. I always feel a deeper connection to the subject matter thinking about the story through the lens of my own experience. 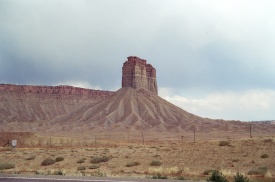 The story follows several folks who were illegally scavenging Indian burial grounds and then selling and trading the artifacts which are illegal to possess or sell. Through a sting operation gone awry, folks who played important roles in the small town just outside this area lost their lives due to tragic circumstances.  That story made me think about the sacredness of places and objects and how important it is to show respect and educate the next generation about sensitivity. The scavengers in the story considered themselves treasure hunters and thought nothing of digging up graves of the ancient Anasazi and Navajo people who inhabited the Mesa Verde area on what is now the Navajo reservation.  They thought nothing of stealing jewelry, sandals, arrowheads and anything else that was connected to these ancient people giving not one iota of thought that they were desecrating the graves of men, women and in some cases children. I was saddened and disturbed by the callousness and greed. 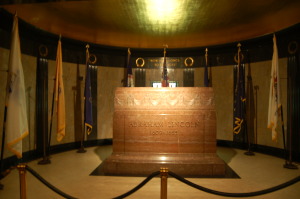 Often when we travel sometimes we'll pick up a special rock or a spectacular shell to remember somewhere we've been but these are just random items that have no spiritual connection in particular. Disturbing something sacred is completely different and totally off limits. In our travels we've often visited graves-of colonists in Georgia, of revolutionary war heroes in Massachusetts, and even presidents such as Harry Truman and Abraham Lincoln. In each place we speak softly and pay our respects. I feel it is my duty as a mother to set an example as well as teach my children the proper way to behave. Sadly too often we encounter plenty of folks that just don't get it. 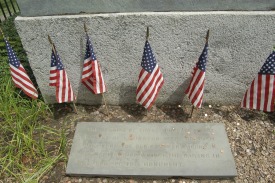 As we walked through Minute Man National Historic Park, we tread lightly knowing full well that the ground was soaked with the blood of many lost their lives here dying for the freedom we often take for granted. I am sure as we start to tour places of Civil War battles such as Gettysburg those lessons about reverence will come even more into play.  It is so important to treat those places as hallowed ground.  Surely those battlefields are littered with souvenirs but they are memorials to those who fought and died, not something for us to put in our pocket and later display on a shelf or sell on eBay. I encourage my kids to connect and feel but to also be sensitive and be respectful particularly when it comes to the dead. 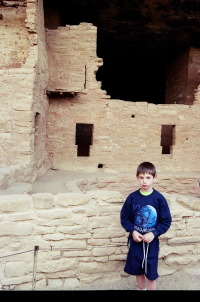 When my kids and I toured Mesa Verde National Park and visited the ancient cliff dwellings of the Anasazi, my son Isaac who was 7 at the time asked if he could take a loose stone from one of the dwellings as a souvenir. I told him no and explained that this was a sacred place and it was part of the house the Anasazi had lived in. I explained that was part of the beautiful house that was really hard to build and was very very old. I asked him to imagine what would happen if every person who visited took a little piece of it and of course, he said there would be nothing left. It is so important to preserve our history and most importantly to respect those places where those who lived it rest for eternity. If only the folks in the story would have thought about what they were taking perhaps they would still be alive today.