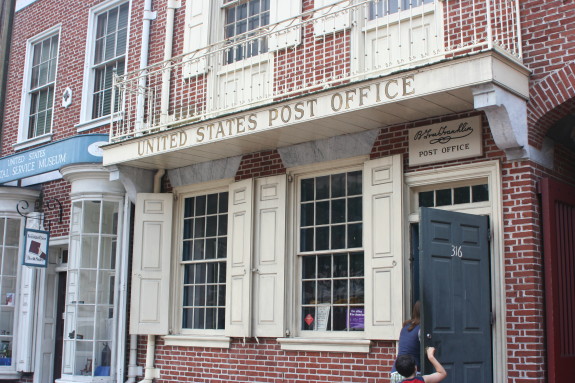 Did you know that the first post office in the United States was established by Benjamin Franklin and was established prior to our nation's founding right in this very building? Don't you just love the name of the post office too? So clever Mr. Franklin! 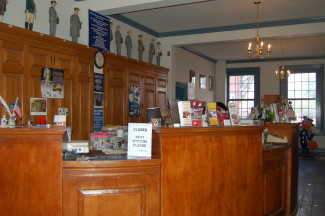 Do what we did and buy some postcards and have them cancelled at the oldest post office in the USA. The cancellation mark is really big so make sure you get some large size postcards if you can.

The also have some awesome souvenir canceled first issue envelopes and notepaper and other nifty items for sale but when we asked to buy them they were all sold out.  Apparently Japanese tourists came in and bought everything they had-cleaning them out of hundreds of items at once....Ugh...seriously???? Hopefully they'll have them back in stock when you get there.