Main Menu
You are here: Home / Go / An Ode to Thanksgiving

An Ode to Thanksgiving 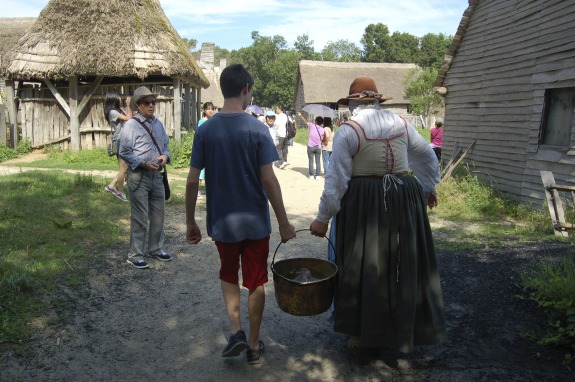 My kids and anyone who knows me will tell you, Thanksgiving is my all time favorite holiday.  More than the fabulous foods (which I enjoy not only eating but also cooking) it is the sentiment and theme behind this all American holiday that is near and dear to my heart.  Thanksgiving celebrates the first settlers and the native peoples relationship to the land and to each other marked by the spirit of gratitude for the bounty of the harvest and cooperative partnership.  And while there is some controversy as to whether a real thanksgiving feast ever really took place between the Pilgrims and the Native American tribes, it's nice to celebrate those ideals as something uniquely American. 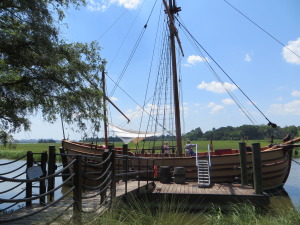 We've all learned the about the Pilgrims in grade school, maybe even dressing up and having a feast. It wasn't until my kids and I visited many of these historic places where the "Pilgrim story" actually takes places that i began to truly appreciate the price that these early settlers were willing to pay for their freedom. At the Plimoth Plantation, Charlestowne Landing and Roanoke Festival Island Park we saw first hand the types of small boats that carried settler families to the new world. It was hard to imagine my kids and I at sea on board a tiny boat under the harshest of conditions with about 100 other people heading to an unknown and uncivilized land. 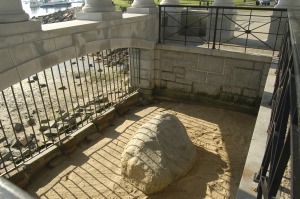 We visited Plymouth Rock and imagined our voyage coming to an end and starting a new life.  It must have been brutal. At the Plimoth Plantation we saw reenactments of original living conditions and were even asked to participate in the activities of daily life. It was a very difficult life, especially living in fear of the unknown...but worth it to be free. We also had the chance to interact with descendants of the Wampanoag tribe, those who had helped the Pilgrims learn to farm in the new world, introducing them to new crops they had never seen such as corn. It was not always easy but the two groups learned to work together. Visiting these living history sites helped us to understand our history in real terms imagining ourselves as Pilgrims.

The evolution of the Pilgrim story has been repeated in so many places that we have visited.  People seeking freedom and a better life-that is our uniquely American story. In Winston Salem, NC we learned about the Moravians and in Newport Rhode Island we learned about the Jews. This year in New York and Pennsylvania we hope to learn about the Quakers and the Amish. I am so grateful that we have had the opportunity to experience some of the history in real time where it actually happened.

At Thanksgiving, I recount how grateful I am to live in such an amazing and diversified country.  I am grateful for all of those who came before me, who sacrificed so much for the freedom we enjoy today. 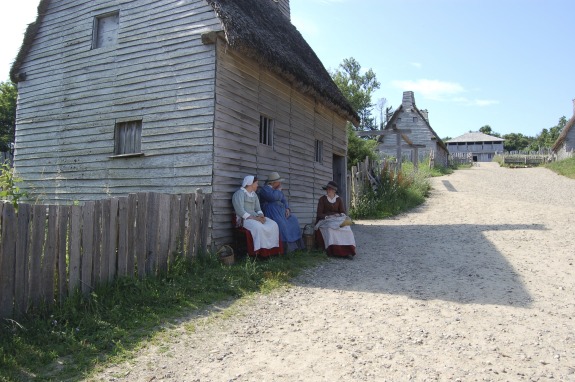