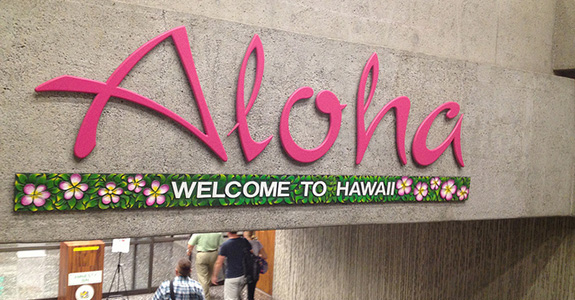 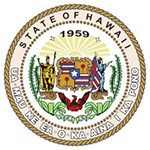 Just thinking about Hawaii—one of my favorite places on the planet—brings back memories of gentle waves crashing on the shore, the perfume of fresh flowers in the air, and soft music. I love Hawaii for its peacefulness and tranquility, but it's tragic history always leaves me with a twinge of sadness.   In my humble opinion, Hawaii should never have been a state. This beautiful land belongs to the Hawaiian people but sadly there are very few left and their culture and traditions are disappearing . 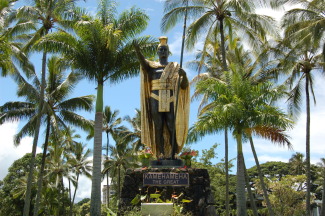 Ravaged by disease after its discovery by Captain Cook in 1778, the few Hawaiian people who did survive later had much of their land taken away by American businessmen who saw to the overthrow of their monarchy and eventual annexation by the United States. The Hawaiian story has many parallels to the Native American Indians in that both cultures had no concept of land ownership. To own land was as strange a concept as owning the sky or the sun.

As we waited for our flight home at the Honolulu airport I happened upon an amazing book that offered a  poignant look at the Hawaiian people and their tragic history and one that I highly recommend. It’s called Then There Were None by Martha H. Noyes and is filled with wonderful pictures along with a brief story of the Hawaiian people and their rapidly disappearing culture. 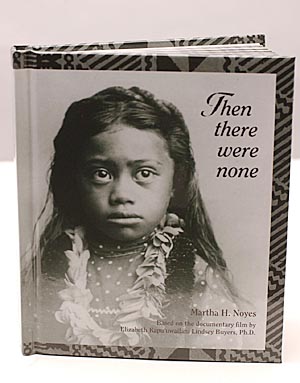 Today, Hawaii is a beautiful and lush paradise, but there is rush hour traffic in Honolulu and everything is ridiculously expensive, as so much is imported from the mainland. On our trip, we sought out the natural paradise away from the hustle and bustle of resorts. We discovered the natural wonder that is so unique such as the active volcanos and the amazing sea life particularly the "honu" or sea turtles.  We explored Hawaiian culture and traditions and learned about the great King Kamehameha who united the islands.  We also tried our best to understand the history of the development of the Hawaii that exists today by learning about it's crops like sugar, pineapple, coffee and even chocolate. We then put it all into context in Hawaii's relationship with the mainland, it's history in how it achieved statehood, it's value as a military base, and the monumental events that took place here such as the bombing of Pearl Harbor. 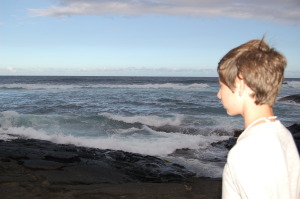 It’s tough to do a road trip amongst islands, but I think we did a good job exploring each islands unique "personality".  Any way you slice it, Hawaii is a very expensive trip, but I figured this was a once-in-a-lifetime adventure. It was worth every penny although it could not have been possible without cashing in miles for air and hotel, which we were lucky to have racked up from our other travels. Along for their third (and final) trip were Yvonne, Jacob, and Abigail, and together we discovered the paradise that is Hawaii, our 50th state. 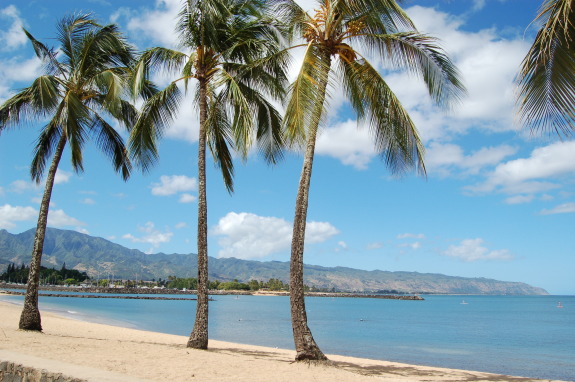